5 CNY Traditions And How They Have Changed Over The Years 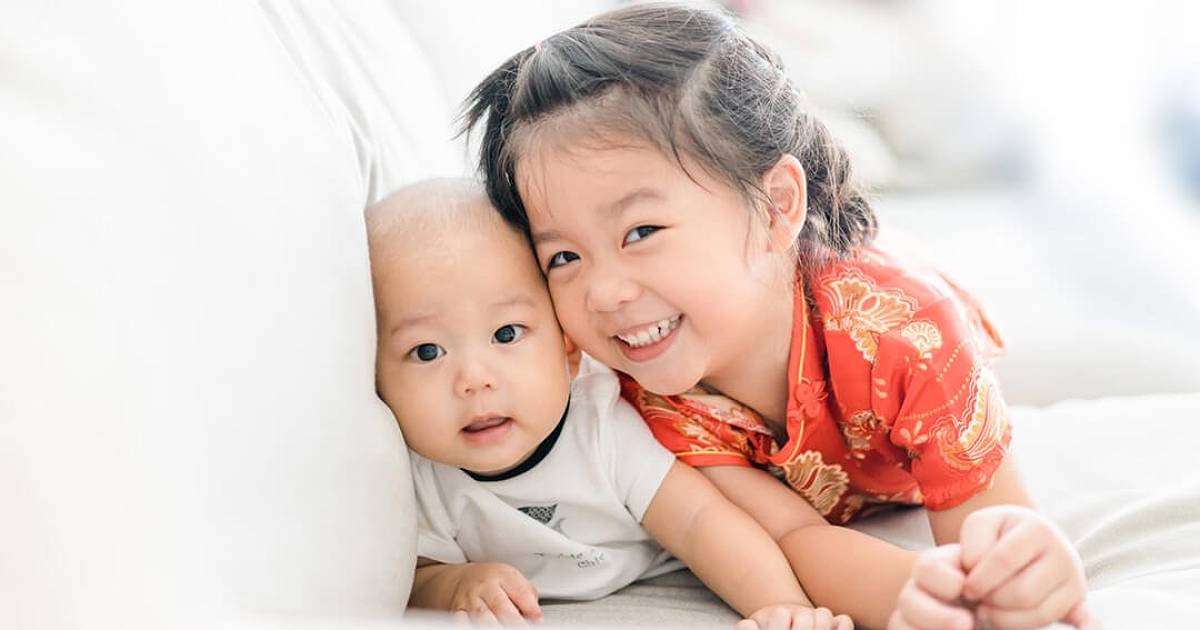 As the Lunar New Year nears, Chinese families around the world rush to complete their preparations for welcoming the festivities. Every family has its own traditions. In my own family, my mother would always bake different types of cookies and my grandmother would gather all the children before distributing red packets to all of us. WIth Chinese New Year (CNY) almost here, let us take a look at how traditions have changed over the years.

This is one of the biggest undertakings for a family while preparing for Chinese New Year can be performed over several days or even weeks in advance. This tradition begun as the Chinese believed that cleaning the house would remove the bad luck of the past year as well as welcome good fortune to fill the house in the New Year. On top of this, families were not allowed to sweep the floors or empty the trash at home during the first two days of the festival, in order to avoid bringing misfortune onto the family by sweeping out the good fortune from the New Year.

Today, spring cleaning has changed. We have robot vacuums, robot mops, and even robot window cleaners. There are also specialised companies that offer spring cleaning services, allowing families to continue the tradition with minimal effort.

One of the biggest difficulties people face during the spring cleaning is to decide what to keep and what to throw out. This is where people like Marie Kondo, world-renowned author, organizing consultant, and now, comes in with their emphasis on minimalistic living and decluttering our lives.

For many, this is one of their favourite pre-CNY traditions. People were encouraged to wear new clothing as this signified a prosperous beginning for the New Year. The new clothes usually included new tops, bottoms, undergarments, socks, shoes, and even accessories. Even the pyjamas you wore to usher in the New Year had to be new.

You had to wear colours such as red and/or gold for good luck; while white and black were taboo for their association with death in Chinese culture. Designs with rips or tears were frowned upon as they were thought to attract misfortune and poverty. Traditions regarding clothing also extended to how they were treated. You were not supposed to wash your new clothes during the first days of CNY, as this was during the birthday of the Water God and he might be angered by your laundry. But there was one thing we did that I have stopped doing today.

Some of you may be familiar with it. We had to bite our new shoes! To stop our shoes from ‘biting’ us and prevent blisters, my parents would tell us to bite the back of our shoe. Doing so was supposed to prevent blisters from developing by softening the material rubbing against the heel. 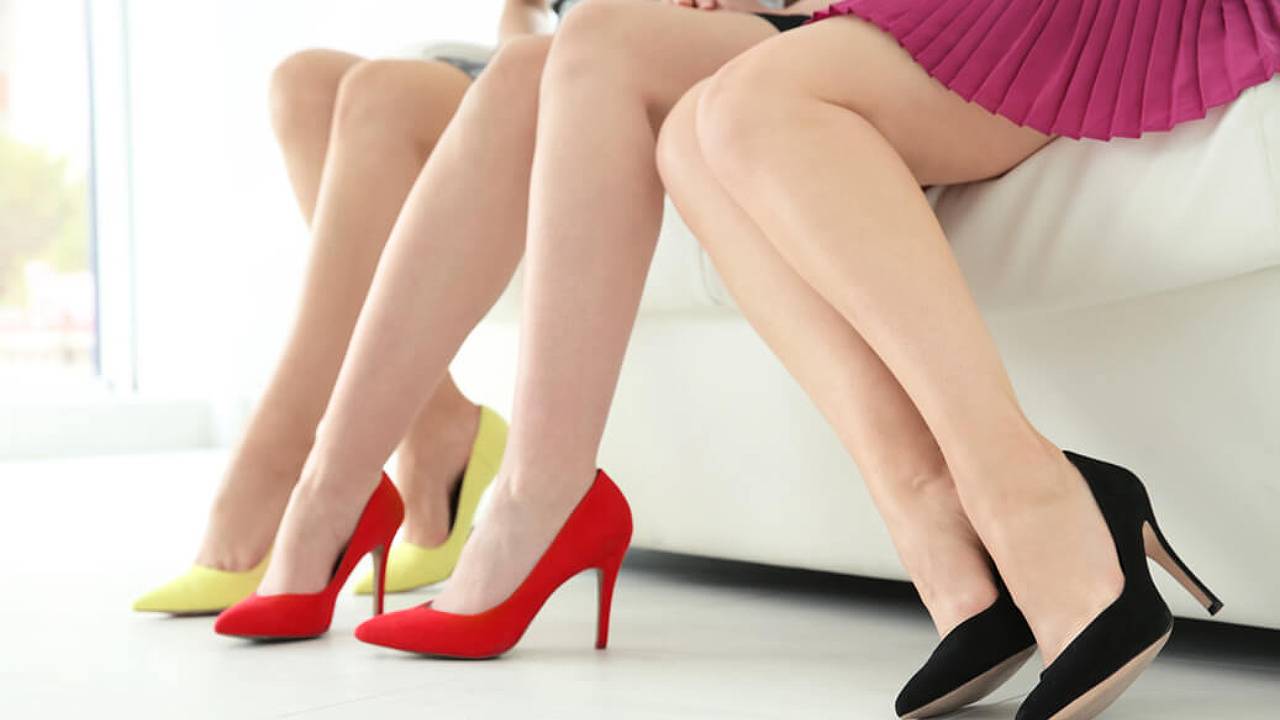 As a podiatrist today, I can understand how biting the back of your shoe could have helped to soften the material, but it is not something I would recommend under any conditions. Without knowing who has previously tried the shoe, or if they had any infectious conditions such as fungal or bacterial infections, biting a shoe can be highly unsanitary and even detrimental to your health!

If you would like to prevent blisters, putting a adhesive bandage at your heel or applying a lubricant such as aloe vera gel or petroleum jelly can help to reduce friction and lower the risk of developing blisters.

Before modern transport made it more convenient to travel, family members living in different parts of China could not gather without great inconvenience and time. As a result, they would gather only during Chinese New Year as that was the only time all of them were able make the trip home.

Growing up, my extended family and I always gathered at my grandmother’s house for reunion dinner on the Chinese New Year Eve. We would eat a huge meal that featured multiple dishes and finish off the meal with pomelo for good luck. It was a meal I always looked forward to as I got to see my cousins and eat some of my favourite foods like tiger prawns and shrimp rolls.

Reunion dinners have changed today. Instead of eating on the eve of the Chinese New Year, more families are gathering to have their meal days or even weeks before the traditional date. Meals have also changed. In the past, meals were usually meant massive affairs that took the whole day to prepare at home. Today, it is increasingly common for families to eat out. The dishes consumed have also evolved over time, increasing in cost, complexity and rarity of ingredients and changing according to changing dietary practices. For example, shark’s fin soup, once a mainstay of the luxurious meal, is much rarer due to ethical concerns. 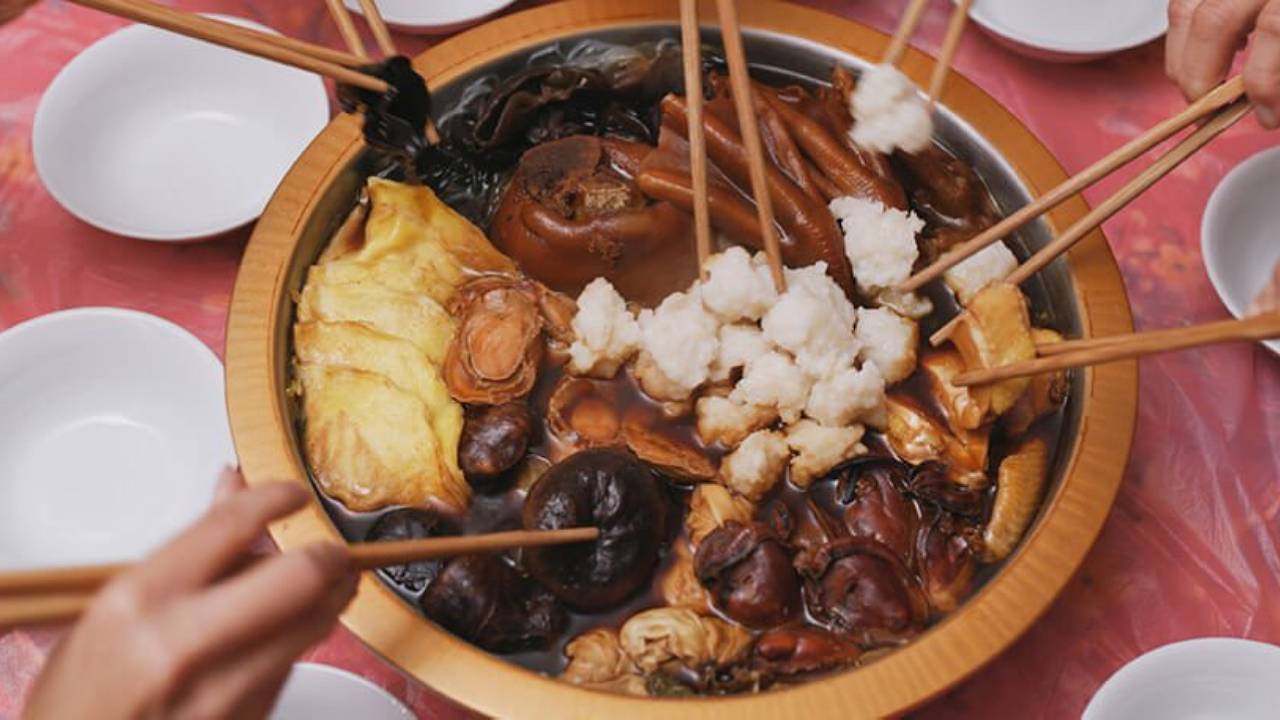 However, the richer meals that are frequently consumed today, even outside of special occasions such as Chinese New Year, are often high in sodium, sugar, fat, and uric acid. I spoke to my colleague, Sani Kamis, who specialises in rheumatological conditions, about how such a diet may affect us. “These rich foods can cause chronic health issues such as heart disease and diabetes or trigger attacks of existing conditions such as gout. Gout can cause intense pains in the joints, particularly in the big toe. If there are members of your family who suffer from such diseases or are experiencing such pain, have them consult a medical professional and encourage to eat and celebrate, but to consume only in moderation!”

Cutting your hair and nails during the New Year

The Chinese character for hair, “发” also means to prosper. As a result, you were not supposed to cut your hair during CNY as that would bring you bad luck, misfortune or even shorten your life.

Because of this, it was very common for people would cut their hair beforehand, allowing them to usher in the New Year with a new look. Similarly, cutting your nails was also supposed to bring you misfortune or remove good luck, so many people would trim their nails early too. 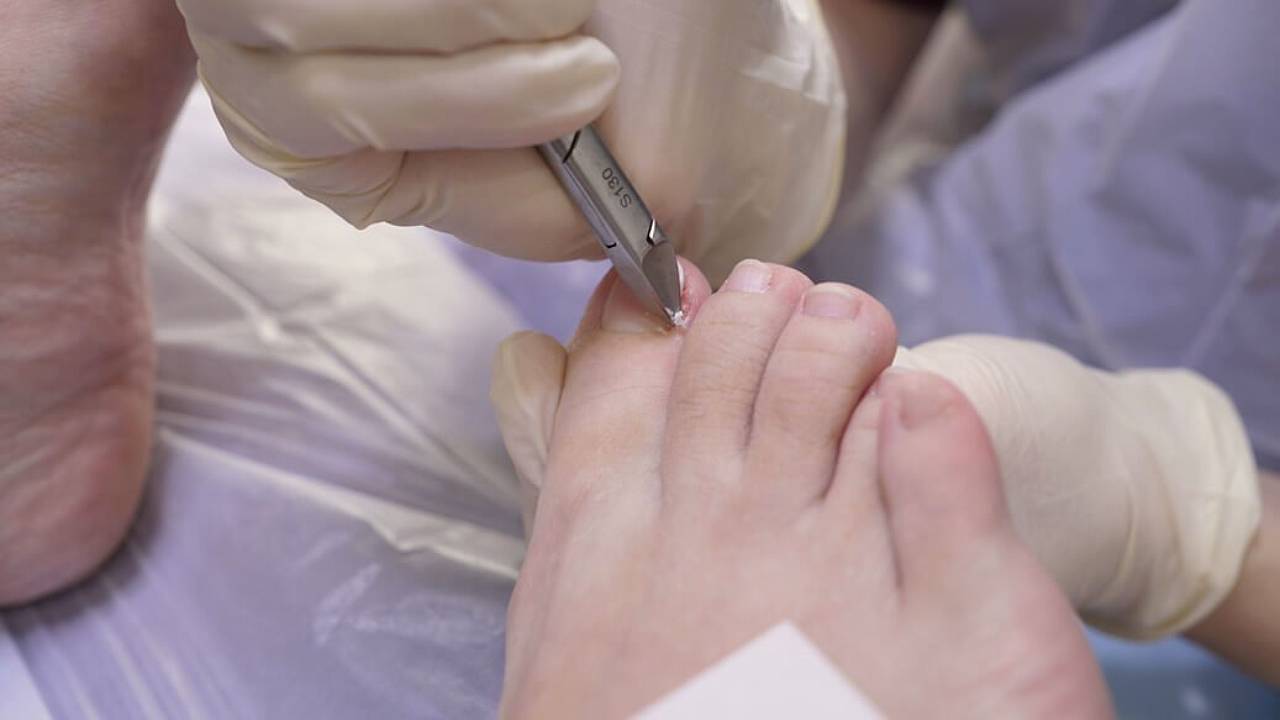 Today, many people go for new hairdos or manicures and pedicures before CNY. This demand has allowed hairdressers and nail salons to increase their prices dramatically, and it is now common to see inflated places at such places in the weeks before CNY. To avoid this, some people skip out on trimming their hair or nails till after the festive season.

For those who prefer to wait, I would like to share a recent question posed by a patient. She asked me if her son’s ingrown toenail was caused by his refusal to trim his nails regularly. I told her that this was unlikely the case, as ingrown toenails are usually caused by toenail injury, tight footwear, cutting nails incorrectly or hereditary causes.

The biggest change is the attitude that some Chinese Singaporeans have towards celebrating Chinese New Year. In the past, this was THE festival for Chinese families. It would be the one time of the year where extended families could get together and spend time with relatives they rarely saw. This would be followed by the practice of visiting the homes of senior relatives or friends over the next few days, or 拜年. Visitors would bring gifts symbolising wealth and good fortune, typically mandarins or tangerines, and children would receive red packets, 红包 from older relatives. These packets were red to symbolise good luck as well as ward off evil spirits.

These days, practices have changed dramatically. As the older generations age and pass on, the attitudes towards such traditions have also changed. One common trend is the increasing popularity of not celebrating the festival. Some do so by travelling and taking advantage of the public holidays, while others choose to stay at home, enjoying their own company and taking a breather from the hectic pace of life.

And for those who still celebrate the festivities, new ways of doing old things have also appeared. Electronic red packets are now increasingly common, video calls for reunion dinner or house visits have become routine, and hiring dates for the dreaded family interrogation through specialised apps is also becoming more popular.

As time goes on, society will develop and adapt to changes in beliefs, culture, technology and many other areas. Chinese New Year has changed tremendously over the last few decades and I wonder what other surprises it will bring us in the future. Have a wonderful Chinese New Year to you and your family from all of us at East Coast Podiatry! 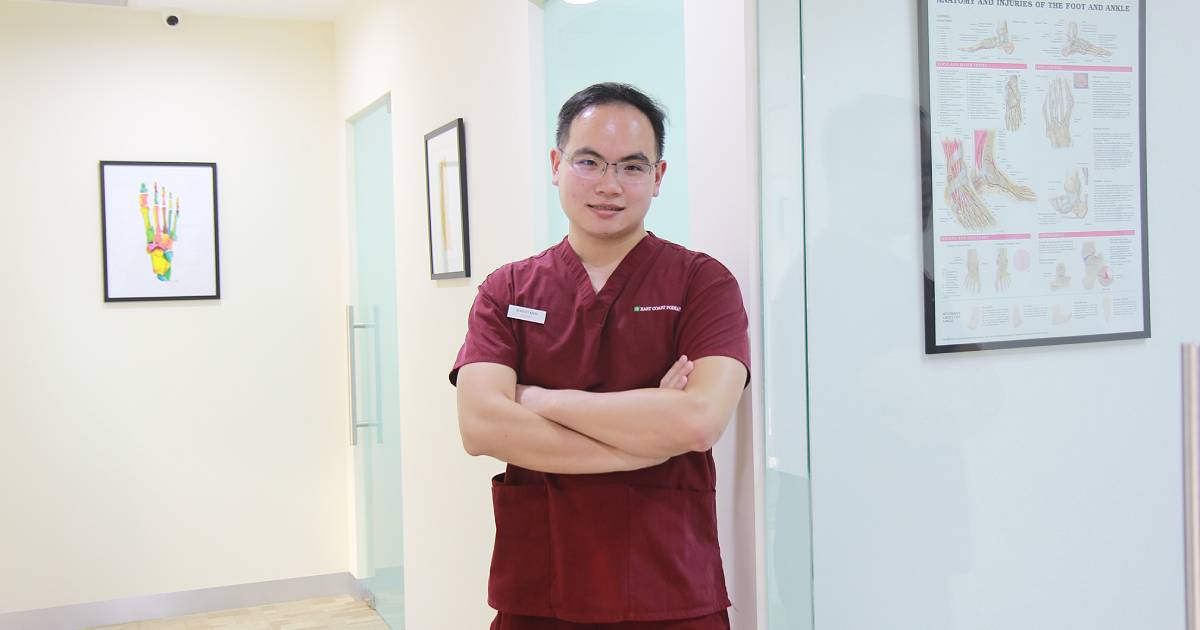 Benedict is a podiatrist in Singapore, he practices in East Coast Podiatry – Novena. Ben was a medic with the Republic of Singapore Navy during his national service. Today as a podiatrist, Ben focuses his practice on treating common lower limb pain issues including sports-related conditions.