Dangers of a “Rich Diet” 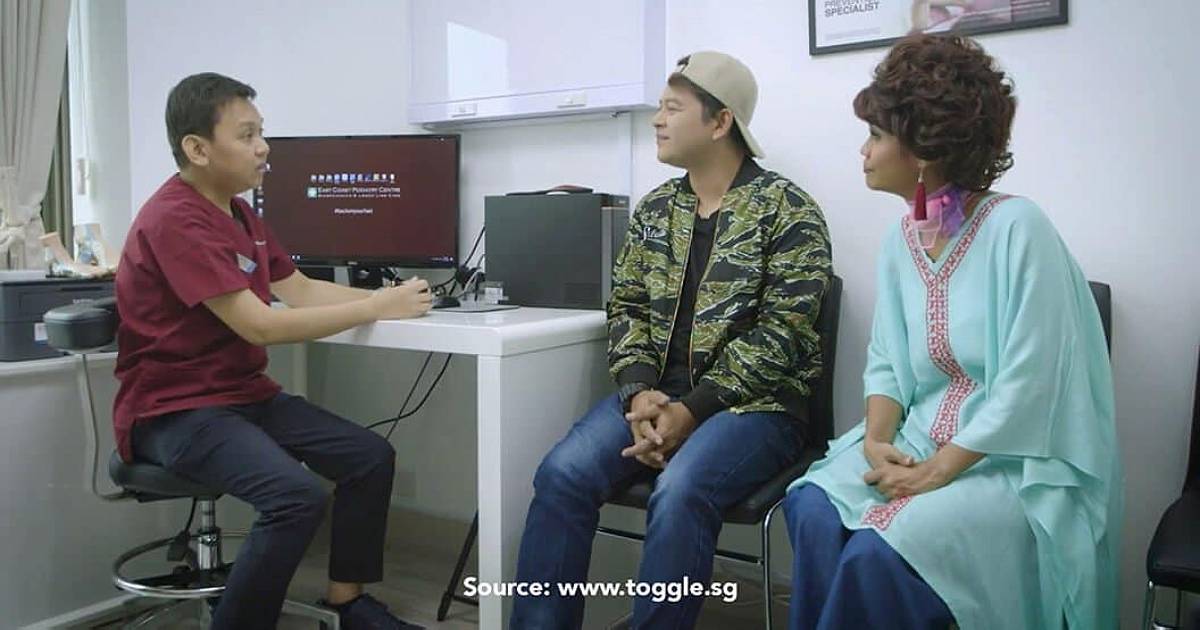 Gout
Watch our segment from episode 5 of “Alah Abang, Amboi kakak” on Toggle.

According to a large scale study carried out by the National University of Singapore, the prevalence of gout in Singapore is comparable to countries with rich diets like the U.S.1 This study, involving 52,322 participants, also reported that gout sufferers in Singapore often have underlying medical conditions such as hypertension, hyperlipidaemia, impaired kidney function, ischaemic heart disease, and diabetes.

The prevalence of gout and other illness caused by a poorly controlled diet is due in part to our tendency to dine out. About one in four Singaporeans dine out daily and a survey on consumer dining habits found that the average Singaporean spends over $300 a month dining at restaurants.

This practice has put many Singaporeans at risk of contracting ailments generally associated with a “rich” diet. Among the most common is gout, a form of inflammatory arthritis caused by overconsumption of foods rich in purines. Purine is an organic compound found in the cells of most living organisms as well as in a wide assortment of common foods. Although purines play an important role in the synthesis of both DNA and RNA, high level of purines in a human body can cause serious health problems. Purine-rich foods commonly consumed by Singaporeans include durian, salmon, cockles, Bak Kut Teh (pork rib broth), Bak Chor Mee (pork liver noodles), Beef Hor Fun (beef rice noodles), drunken prawns, chilli crab and even popular Asian food products such as chicken essence and mooncake.

Purine is broken down into uric acid during the digestive process. Due to an overconsumption of purines, uric acid builds up in the bloodstream, eventually precipitating into uric acid crystals which accumulate in the joints, causing severe pain and inflammation.

How do you know it is Gout? 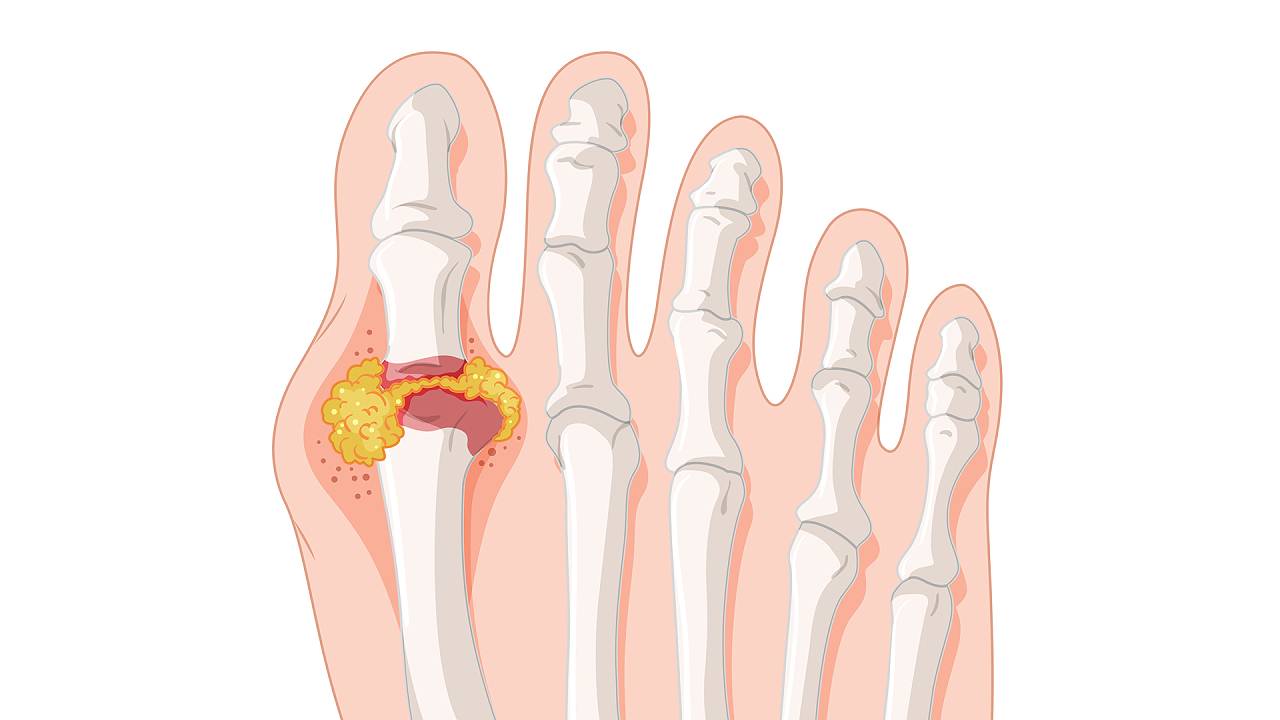 The most well-known symptom of gout is throbbing pain and swelling in the joints of the large toe which can last for hours or days. The pain may subside and seemingly disappear for a few weeks or months after the initial attack, but this relief is only temporary as a subsequent attack will eventually occur. Gouty flare-ups are common in the foot, ankle and knee joints and may be triggered by an illness or traumatic injury. If the condition is not properly managed, these excruciating flare ups may become more frequent.

Gout may also be a sign that your kidneys are functioning poorly. If left untreated and unmanaged, kidney damage may occur due to the development of kidney stones, resulting in painful urination.

Who is at risk of developing gout? 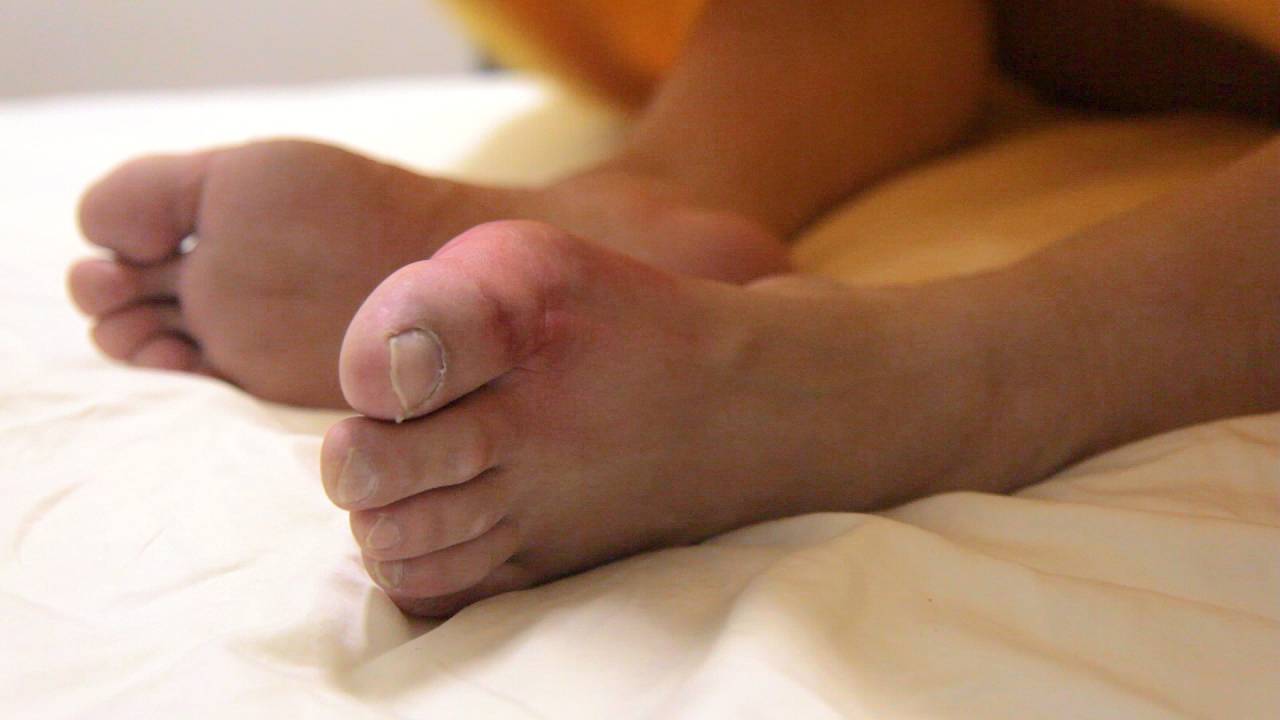 The prevalence of gout is growing worldwide, reaching as high as 10% of the population in some areas.2 Men are usually affected more than women, especially as they approach 40–50 years of age. Obesity is also one of the risk factors for developing gout. It was present in 66% of the patients diagnosed with gout during the NUS study.

Gout may also be a hereditary condition. Should your family have a history of gout sufferers, you are advised to go for a full medical check-up to review your uric acid levels and may want to maintain a low-purine diet to avoid future complications.

What can be done about Gout?

As of yet, there is not cure for gout. During a gout attack, it is advisable to elevate the leg to reduce swelling and drink plenty of water. Applying an ice pack to the affected area may offer some relief, but too much cold treatment may cause more uric acid crystals to deposit in the joint, thereby worsening the condition. The recommended solution is contrast therapy, a method that involves switching between a hot compress for 2 – 3 minutes and a cold compress for 30 – 45 seconds on the affected area. Contrast therapy can help reduce the pain and swelling that occurs during a gout attack.

Gout patients are usually able to “predict” when their attack may occur, especially when the attack is due to poor dietary choices. Maintaining a healthy lifestyle is important to reduce the chances of gout attacks. If you already have a history of gout, some preventative measures to avoid an attack include:

Gout at an acute stage (redness, pain and swelling) can be controlled and regulated with anti-inflammatory drugs prescribed by a doctor. Such a prescription usually helps alleviate pain and inflammation within 1 – 2 days. Once the pain is gone, follow up with a specialist doctor. A doctor may confirm the diagnosis with a series of tests including X-rays, ultrasound imaging, and/or aspiration of joint fluid to examine uric crystals. Gout may sometimes be mistaken for some other form of arthritis, including rheumatoid arthritis or even septic arthritis, and may also present in the absence of increased uric acid levels.

If the attacks become more frequent, it is best to consult a specialist doctor such as a rheumatologist or endocrinologist to maintain your uric acid levels through prescribed medications. Leaving your gout condition untreated will increase your risk of developing secondary problems such as multi-joint gout attacks and permanent joint deformities. These often interrupt the daily activities of those suffering from gout and permanently affect their quality of life.

How can Podiatry help? 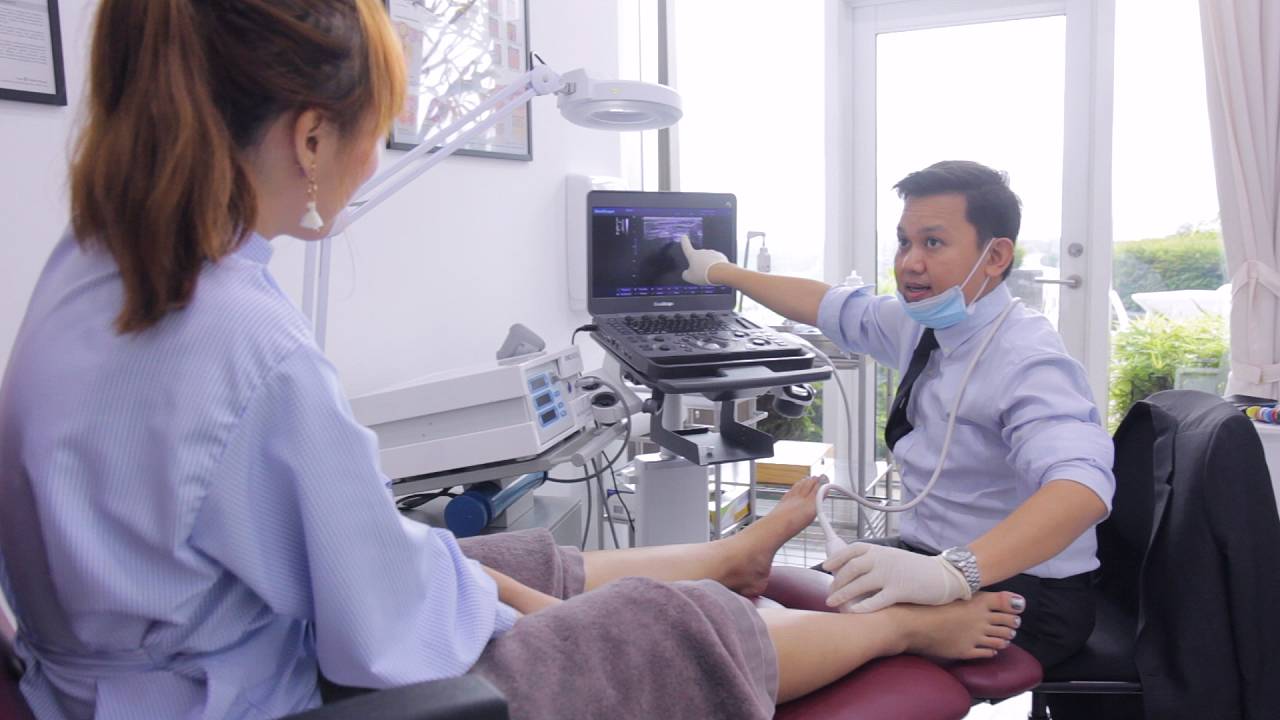 For long-term management of gout, medication alone is insufficient. Gout patients will need regular visits with a podiatrist to quicken their recovery process. A podiatrist is able to play an important role in minimizing joint damage during gout flare-ups and ensure that the structures in the patient’s foot are well-preserved, thereby relieving stress from the affected joints.

After conducting a thorough foot examination and gait assessment, a podiatrist will design a foot orthotic based on the data collected and provide advice on appropriate footwear to help manage the affected joints. Foot orthotics also serve to minimize the patient’s risk of developing other foot ailments which may result from secondary arthritic changes. 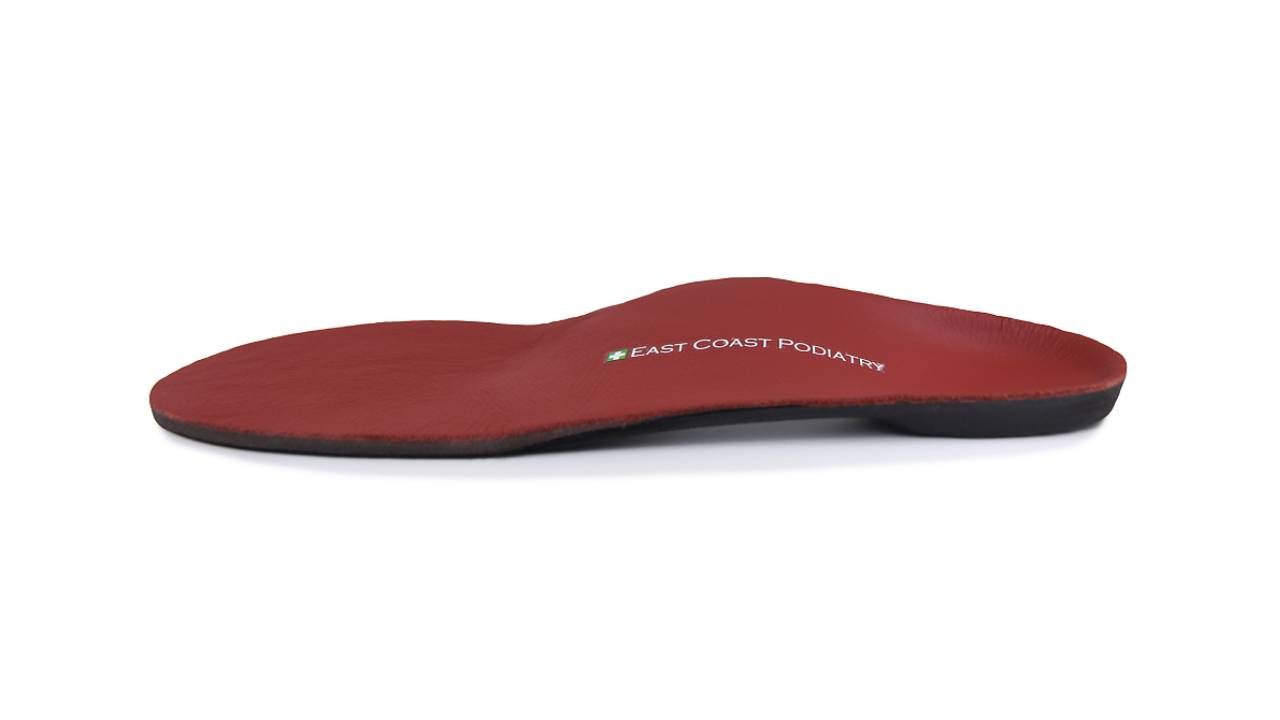 Depending on your case, therapeutic treatment modalities could be used to alleviate acute gout attacks as well. Treatments such as therapeutic ultrasound have been reported to offer instant pain relief for gout sufferers as it promotes blood flow through the capillaries, helping to wash out uric acid crystals. This treatment modality will also repair the patient’s lymph and capillary vessels and aid in better absorption and metabolism of waste products. 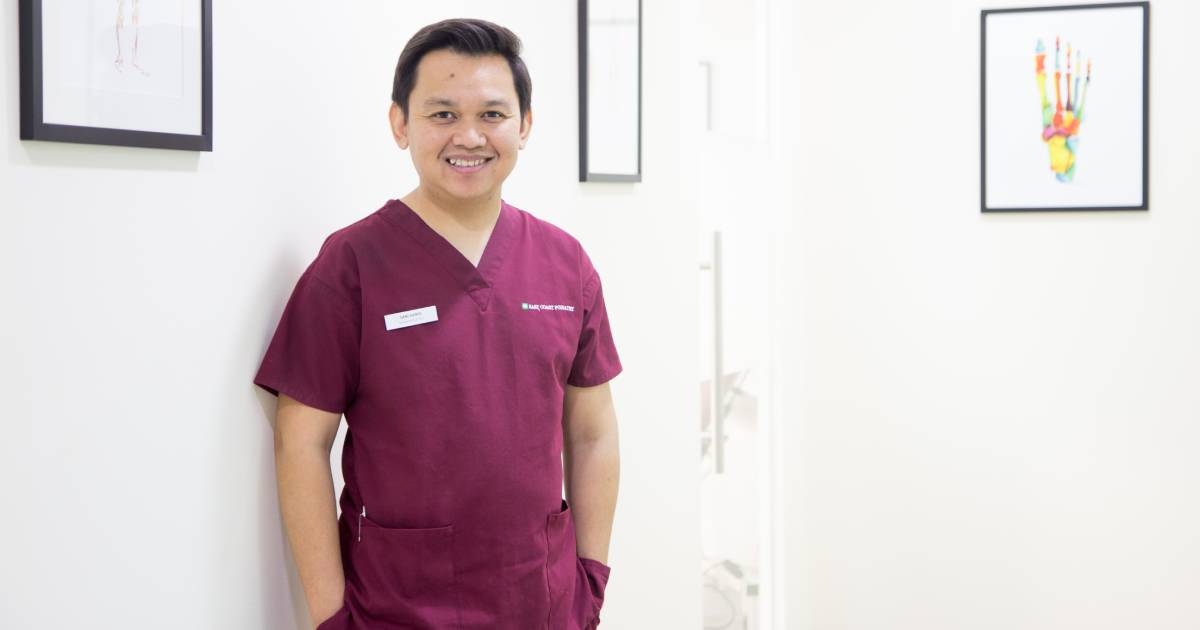 Sani is a licensed and registered Podiatrist with the U.K. Healthcare Professions Council, and a member of Faculty of Podiatric Medicine, Royal College of Physicians and Surgeons (Glasgow). Sani practices in Singapore at East Coast Podiatry Orchard and Novena clinics, his clinical and PhD research focuses on rheumatological conditions of the foot, and is a member of the British Society of Health Professional in Rheumatology.