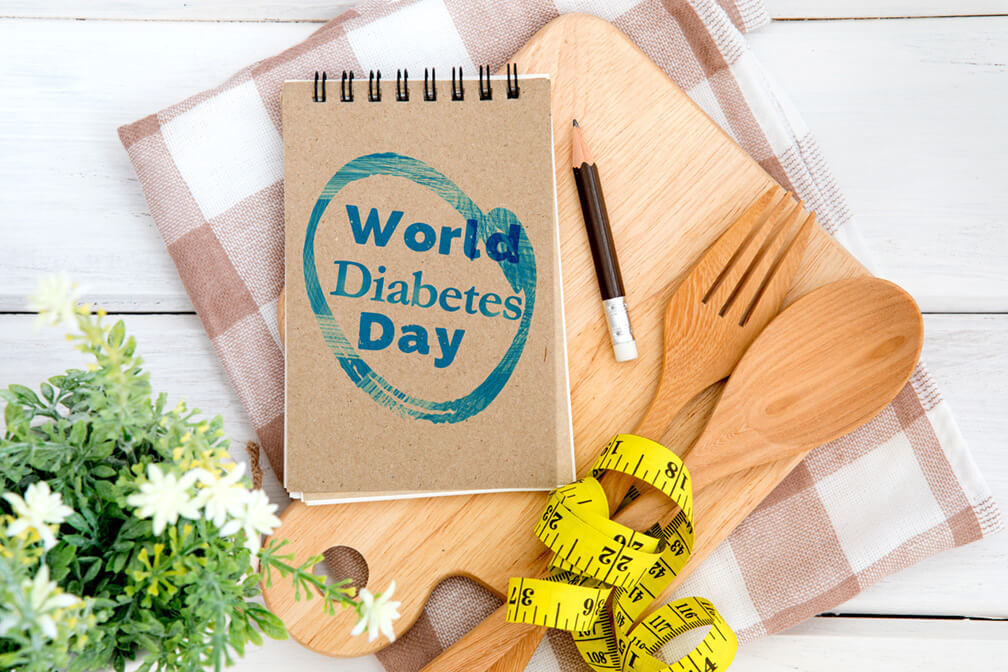 In 2017, Prime Minister Lee Hsien Loong shared that Singaporeans were “almost world champions” at something. Unfortunately, he was referring to the unwanted honour of Singapore having the second highest proportion of diabetics in its population among developed nations. It has been a year since then and despite the best efforts of the Ministry of Health and associated organisations, diabetes continues to be a major health concern for Singaporeans.

As a nation of foodies, we love our breakfast teh tarik and prata , lunchtime chicken rice, and dinner kway teow. Delicious as these dishes may be, many Singaporeans don’t know the nutritional value of the meals and underestimate the effect they have on the body. Subsequently, such consumption habits contribute heavily to the epidemic of diabetes in Singapore.

Here are some sobering statistics

Diabetes is clearly a urgent concern in Singapore. While more of us are becoming aware of the dangers of high blood sugar levels, many still do not know that one of the most common problems diabetic patients face is the ‘diabetic foot’. Diabetes affects the feet in ways that can greatly decrease the quality of life for diabetics.

The good news is, problems caused by diabetic foot can be properly managed through professional care.

What is Diabetic Foot?

Diabetic foot is a condition that affects the nerves and blood vessels of the feet. Uncontrolled blood sugar in diabetics plays a part in damaging nerves. It also indirectly increases the risk for atherosclerosis, a hardening of your arteries, which then leads to a lack of blood supply to your feet.

“The first sign of diabetic foot can either be a tingling feeling or loss of sensation in your foot. If you experience this, you should have your feet checked. A podiatrist will be able to quickly identify if it’s a musculoskeletal injury, or if it could be diabetes-related. For the latter, you should get a blood test right away,” warned Georgina Tay, a podiatrist from East Coast Podiatry who commonly sees diabetic foot cases.

Simply put, when a patient is told that his “diabetic foot risk is high”, it means that he is at high risk for an eventual foot or leg amputation due to diabetes complications.  This is not a classification that is used lightly.  What are the criteria which would push a diabetic patient into at-risk or high-risk status?

When improperly or poorly managed, diabetic foot can lead to amputation. This is often caused by diabetic ulcers, which are foot wounds that have gone unnoticed due to a lack of feeling in the feet or untreated due to a lack of understanding regarding the possible consequences.

In more extreme cases, diabetes sufferers can develop a condition called Charcot foot which can cause the bones of the midfoot to collapse and deform.

What treatments are available?

Diabetic shoe insoles, which can be custom-made for the patient, play a big part in reducing the risk of amputation. Some are designed to help stabilise the feet, while others need to compensate for toes that have already been amputated. In other cases, an offloading brace which prevents you from putting abnormal pressure on a foot is recommended to reduce the risk of wounds and ulcers. If the wound has occurred, certain specialised treatments can help the patient heal and close such wounds.

In addition to medical treatment, diabetic patients are also advised to inspect their feet daily to check if there are cuts, swelling, blisters or breaks in their skin. They should also note if there are any other changes in their foot, including but not limited to a change in colour, shape, or sensation. If ulcers and wounds develop or if the patient notices any changes in their foot, the patient should seek professional medical help immediately.

Patients should also wash their feet daily. Dry them carefully, particularly between the toes. Regular use of moisturiser will help to keep the patient’s skin hydrated, reducing the risk of the patient’s skin breaking and developing into a wound.

Diabetic patients should also keep their feet covered as much as possible. This can be accomplished by using protective footwear at all times, even while at home. This helps to shield the foot from injury. The footwear should be comfortable, fits well, and is free of any surfaces or objects that might rub against the foot.

The longer diabetic foot remains untreated, the greater the risk of complications that might lead to amputation. Healthcare professionals, such as podiatrists, are the first line of defence against diabetic foot and foot amputations. Their duties include monitoring the healing progress and working with other specialists to ensure that patients receive constant care.

A specialist outpatient service for non-surgical treatment of the foot, ankle and associated structures of the lower limb.