Running Indoors to hide from the Haze? 3 Tips for Preventing Injury. 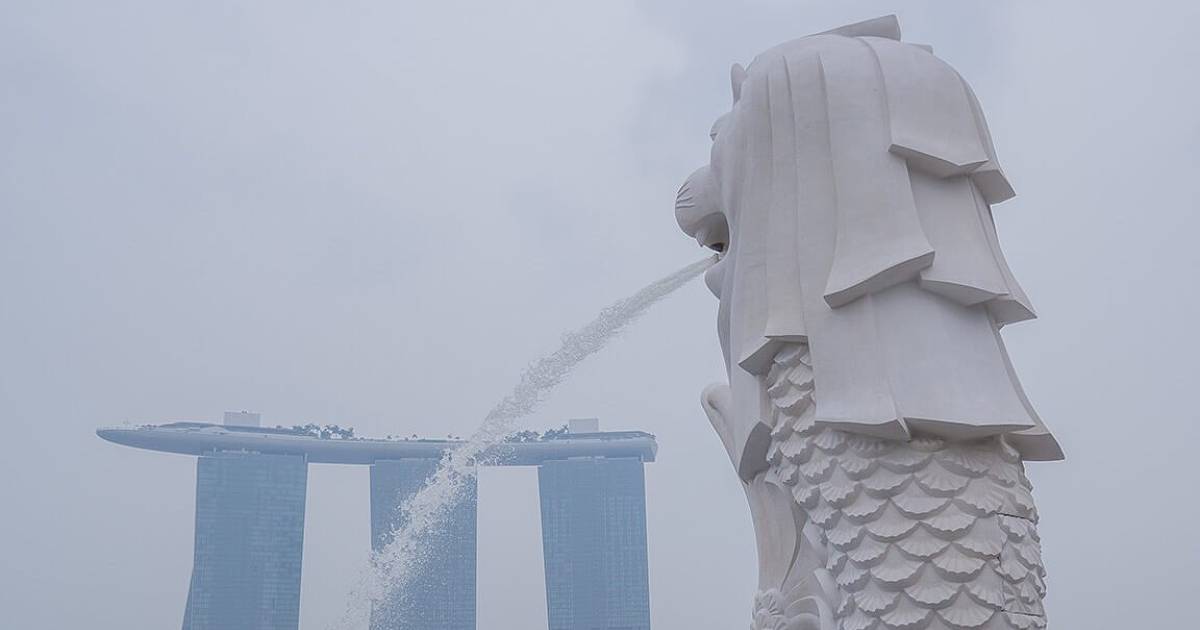 September 2019 marks the return of the dreaded haze in Singapore. As the 24-hour PSI average fluctuates in the unhealthy range, more Singaporeans are shunning the outdoors and exploring new ways of working out away from the smog and smells.

One of the biggest debates in recreational running is whether to run on a treadmill or outdoors, with many feeling strongly about the matter. With the haze, even those who prefer the outdoors are likely to turn to the gym to get their miles in. While running indoors has advantages such temperature-controlled spaces and reduced exposure to pollutants, there are some differences that runners frequently fail to realise. 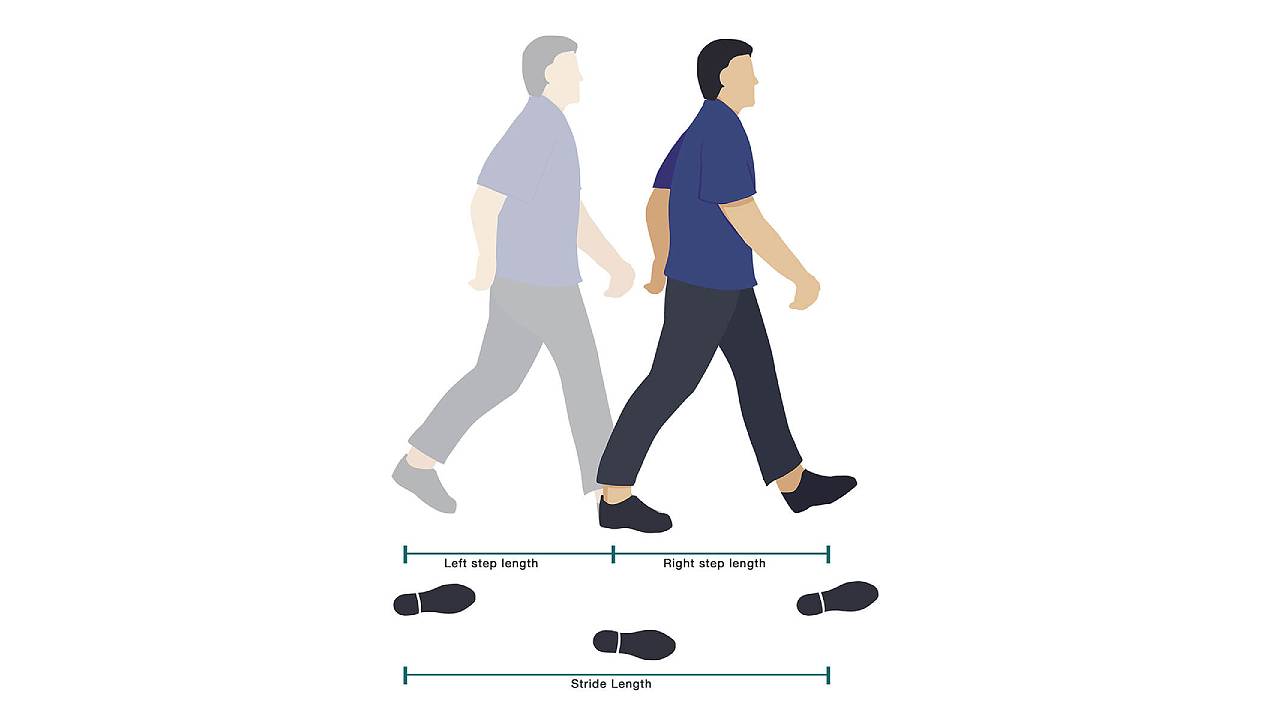 As many of you have noticed, running on a treadmill often feels different for the runner. One of the reasons for this is the change in stride length, which is the distance covered by successive ground contacts of the foot. Some runners lengthen their stride, while others shorten it.

Lengthening your stride means spending more time in the air and reducing contact between your foot and the ground. If all factors remain the same, this should increase your overall speed. However, lengthening your stride typically increases the impact on your heels and puts excessive force on your joints. Repeated high impacts can cause injuries to your knees, hamstrings and your plantar fascia amongst other areas.

On the other hand, shortening your stride also means taking more steps if your speed is unchanged. The shortened stride reduces impact force to the ankle and knees and disperses impact across the joints. This may be helpful in reducing conditions such as Runner’s Knee which is also known as patellofemoral pain syndrome. However, this results in a greatly increased number of steps taken to cover the same distance. Coupled with the unvarying nature of the treadmill, there is a drastic increase in the repetition of the exact same running motion, which can lead to an increased risk of overloading or overuse injuries such as iliotibial band syndrome (ITBS).

One way to reduce injuries caused by repetitive similar movements is to vary your runs in either length of time, speed, degree of inclination or surface. While running on a treadmill limits the surfaces available, the other factors are variable on most treadmills.

Runners typically have an optimal stride length that is best suited to the unique demands of their body, but most are unaware of it. To reduce incidence of injury, consult a podiatrist.  As experts of the biomechanics of the body and lower limbs, podiatrists are well suited to advise on this or address any pains and injuries that have developed due to running. 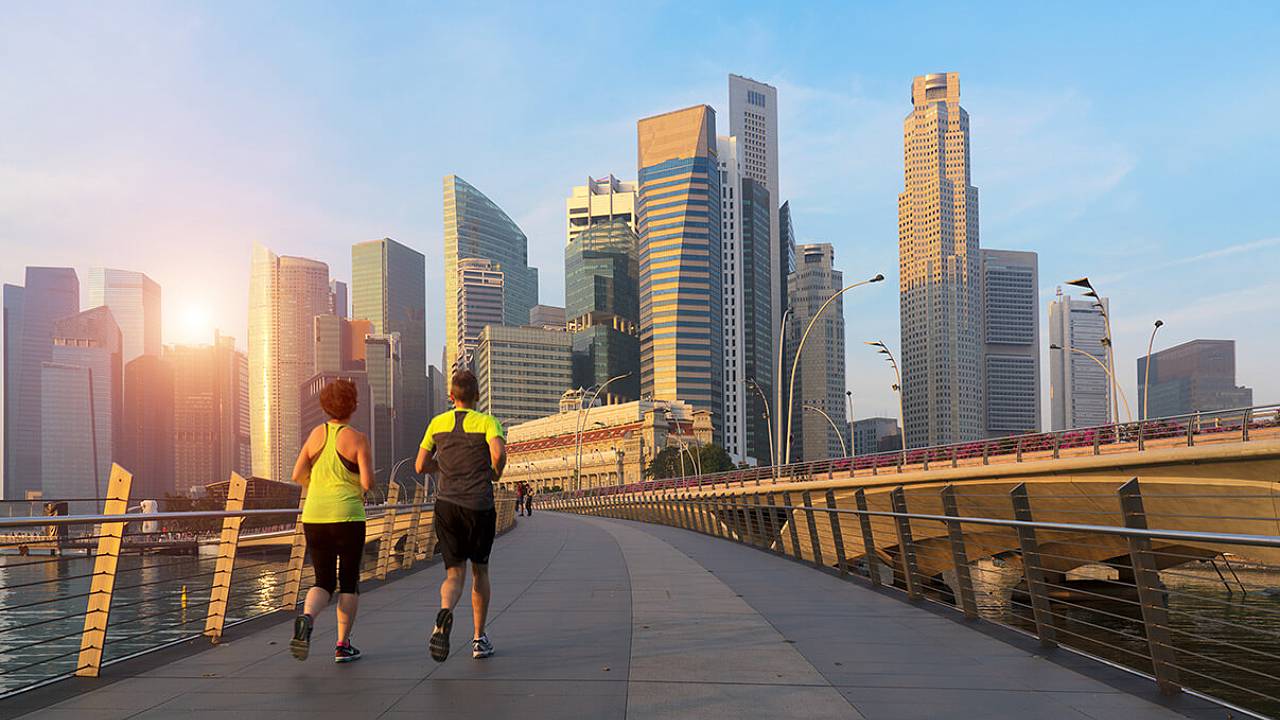 Outdoors running typically covers a variety of surfaces which affects the runner in different ways. The harder surfaces typical of urban Singapore such as cement, brick or asphalt paths result in higher impact. How this affects the runner though, is complex. While impact generally has negative effects on the musculoskeletal structure of the body, there are no clear studies that demonstrate a clear link between running on hard surfaces and higher rates of injury. Nevertheless, there is evidence that softer surfaces are easier on our bodies. As a result, shifting your running indoors could be helping your joints to recover from the usual hard surfaces.

However, the varied surfaces offered by outdoor running has its own advantages. As our bodies automatically adjust to these different surfaces, we unconsciously move different set of muscles to compensate. This reduces the risk of overburdening the same muscles and tendons and allows you to exercise muscles in areas that are not usually activated.

To give yourself some of the benefits of running outdoors without exposing yourself to the haze, try some of the programmes that are available on most treadmills today. Some treadmills even have pre-programmed courses that simulate certain areas or terrain. Users using simpler models sometimes put blocks beneath the front of the treadmill to simulate an uphill run and blocks under the rear of the treadmill to simulate a downhill run.

3. Take it slow and change it up 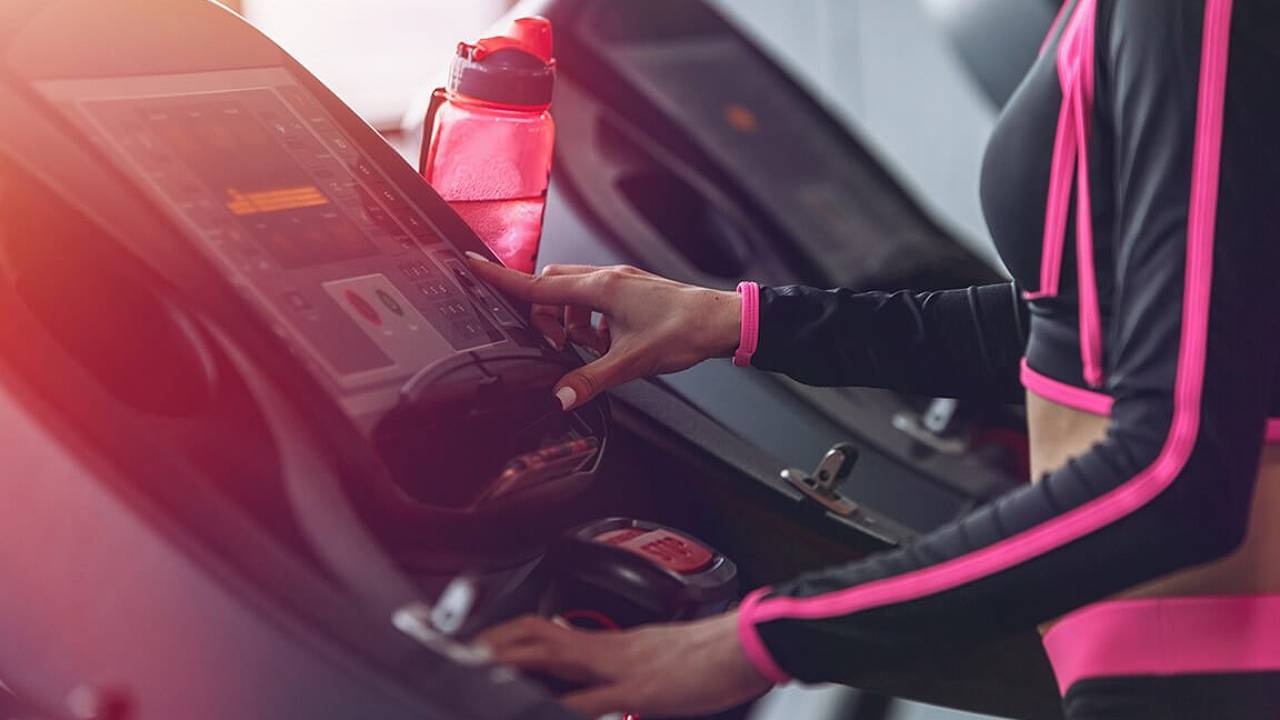 While running indoors and outdoors require similar motions, the various changes can take time for our body to get used to. Even though our bodies adjust to running on these surfaces, we retain the habits from our usual running style and terrain. As a result, we should approach switching to running indoors progressively. Instead of expecting your usual distance and timing, try adjusting for different factors to see which suits you best. Running on a treadmill can allow you to control the pace, incline, interval and recovery of your process. Use that to your advantage and build up to your usual speed or timings, avoid expecting your body to deliver the same results without preparing it to do so. And always, conduct a full warm-up to get your body ready for your workout.

While the jokes about skipping leg day are not uncommon, these jokes do have an element of truth to them. One should not overly focus on one particular workout. Alternating sessions on the treadmill with other equipment or other types of exercises changes things up for our muscles and prevents the joints from repeatedly receiving the same types of stress.

What to do if I am experiencing pain?

Exercise can be exhausting, but it should not be painful. While rest can help to alleviate symptoms, it does not do anything to correct or treat the underlying issues that are causing you pain or difficulty. 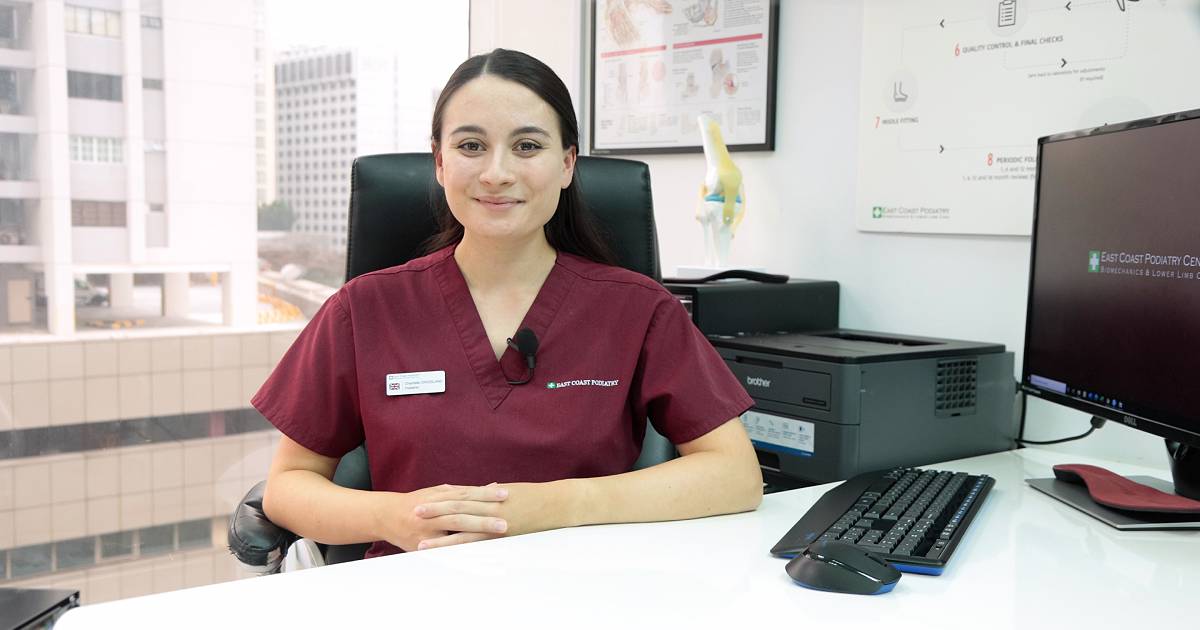 Chantelle Crossland is a Singapore-based podiatrist practicing at East Coast Podiatry’s Kembangan location. Aside from her experience with sports related injuries, particularly of the ankle, Chantelle also focuses much of her clinical work on children with musculoskeletal or sports-related conditions.