Home Highlights Blog & Articles What are the right shoes for pain?

What are the right shoes for pain? 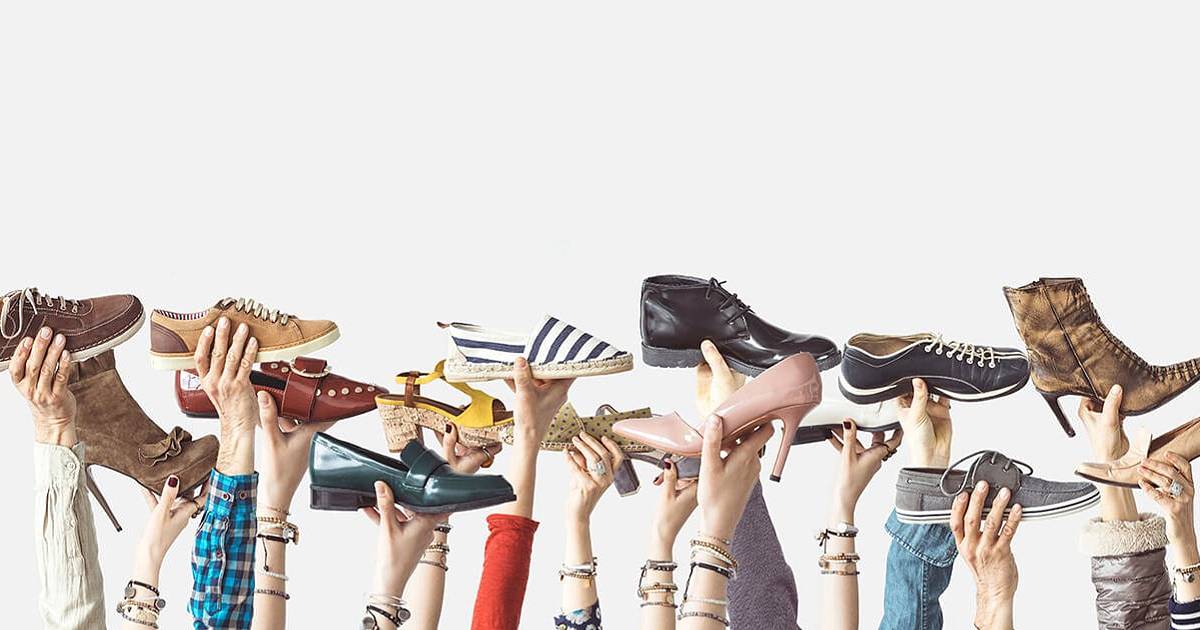 What are the right shoes for pain?

Experiencing pain in the foot, particularly in the heel and arch, is a common problem among those living in Singapore. Reasons for that include the hard surfaces common in Singapore, a lack of understanding on foot care among the general population, and a tendency to assume such pains are normal.

Because of these reasons, I have noticed that online conversations about shoes that help with foot or heel pain are commonplace. In order to help you choose the right shoes, I wanted to look at some of the brands that are commonly mentioned in such conversations. 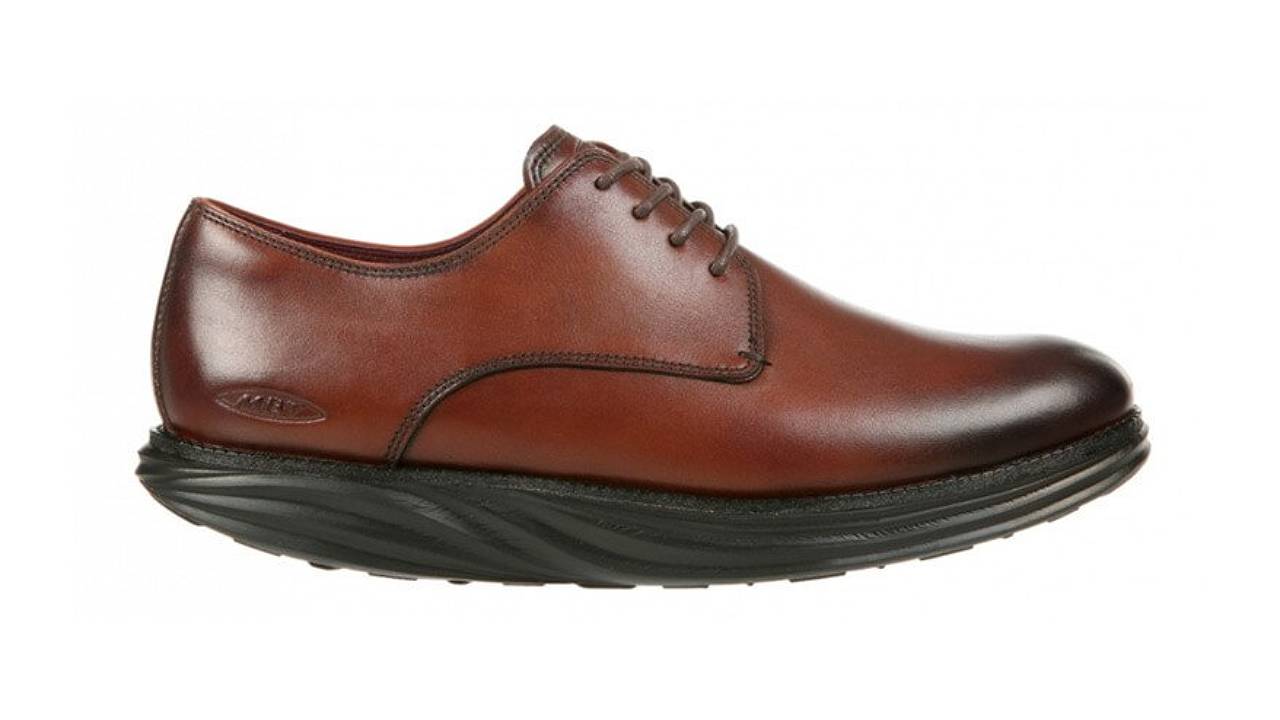 MBT, or Masai Barefoot Technology, was originally a Swiss brand that grew into a giant with stores around the world. Today, the brand is now owned by a Singaporean company.

The unique point about MBT shoes are their sole. If you look at their shoes, you will realise that the soles are curved and many designs have little to no heel. This destabilising curved sole was designed by a Swiss engineer, Karl Müller, and is meant to emulate the natural gait of the Masai people in East Africa. The company claims that such rocking shoes are able to provide health benefits for the wearer by activating muscle groups that are typically underused or unused, improving posture and muscle tone, and help provide therapeutic or rehabilitative effects for those joint, muscle or ligament injuries.

Despite these claims, research on the effectiveness of such shoes has been mixed. There have been some research studies conducted in universities that suggest MBT and other rocking shoes may be helpful, while other academic studies found no evidence for such claims.

This mixed result is reflected in my patients’ reaction to MBT shoes. The instability of the shoe forced them to change their gaits, which proved to reduce pain for some patients, while making their pain worse or even causing new issues for others. I may recommend such shoes for post-surgical patients who need to utilise alternative areas of the body that are not typically used.

Due to their inherent instability, rocker shoes are often unsuitable for older individuals who already have increased difficulty with maintaining balance. 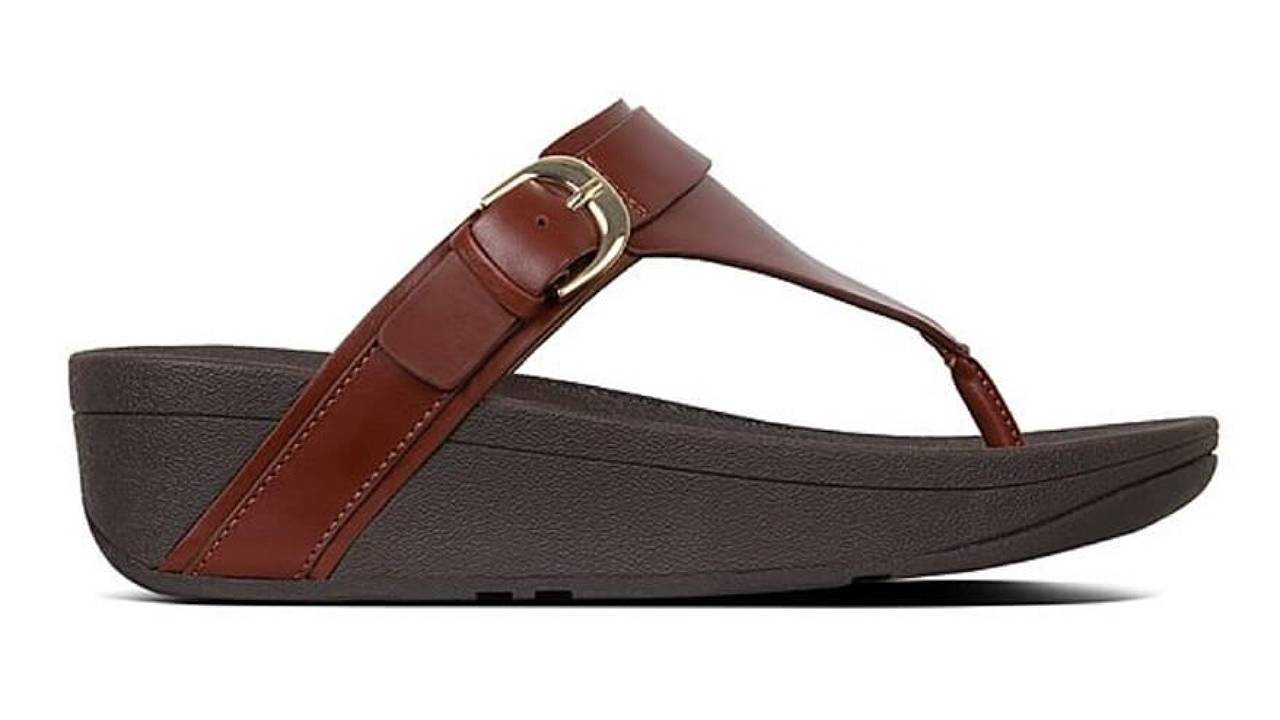 FitFlop was launched in the UK in 2007 under the guise of slippers and sandals that would also help you get fit, hence the name, a portmanteau of fitness and flip-flop. They shared some marketing similarities with MBT, including the claims that the destabilising sole would allow you to activate and tone your muscles, improve posture and reduce joint strain. 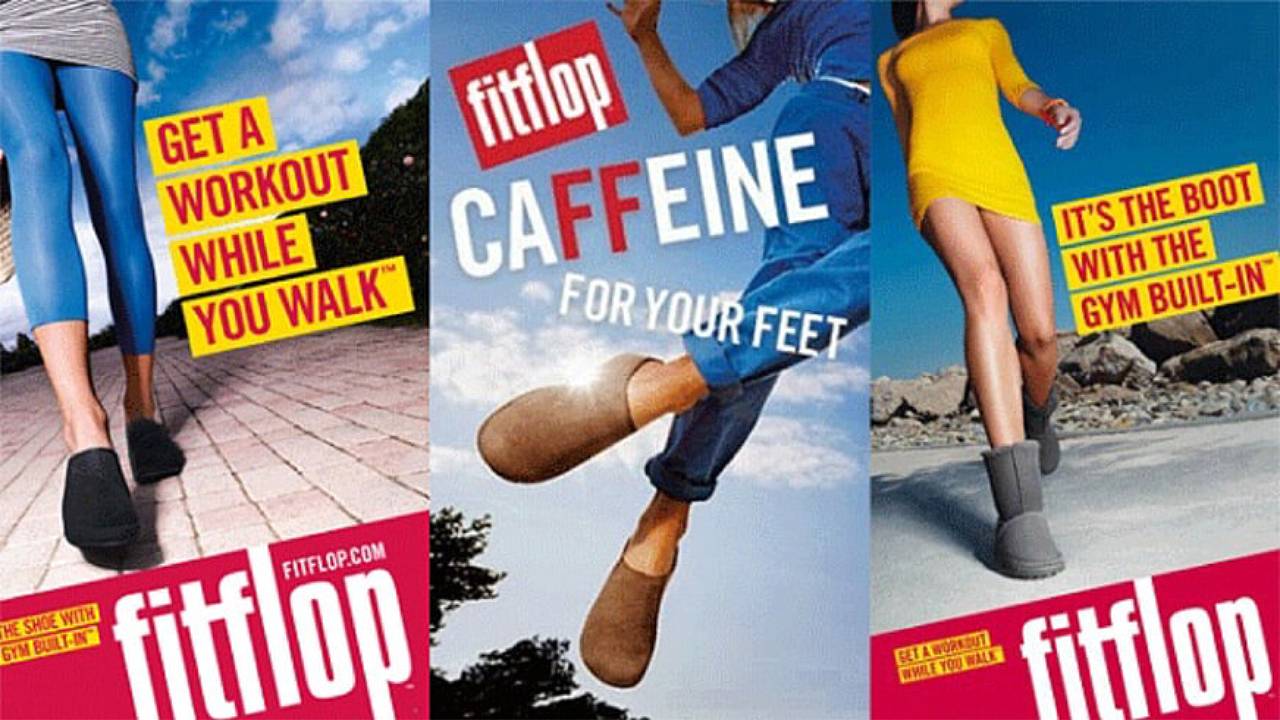 FitFlop originally marketed its products on the idea that wearing their sandals and slippers would enable you to get a workout while walking, thus appealing to those who found working out time-consuming due to their busy lifestyles. However, that approach has changed over time. Today, FitFlop encourages shoppers to focus on the comfort offered by their shoes.

My opinion on their designs is that they typically have deep and comfortable soles. This provides cushioning which often helps patients feel better as there is less pressure on their feet. However, while making them feel more comfortable, the shoes do not specifically address the issues that are causing pain for sufferers. In the long run, this can mask the symptoms of the issue, allowing it to worsen over time and requiring more complex treatment in the future.

If your priority is comfort, FitFlop is certainly a brand to consider. However, if you have a medical condition that requires treatment, speak to your clinician first to see if such shoes are suitable for you. 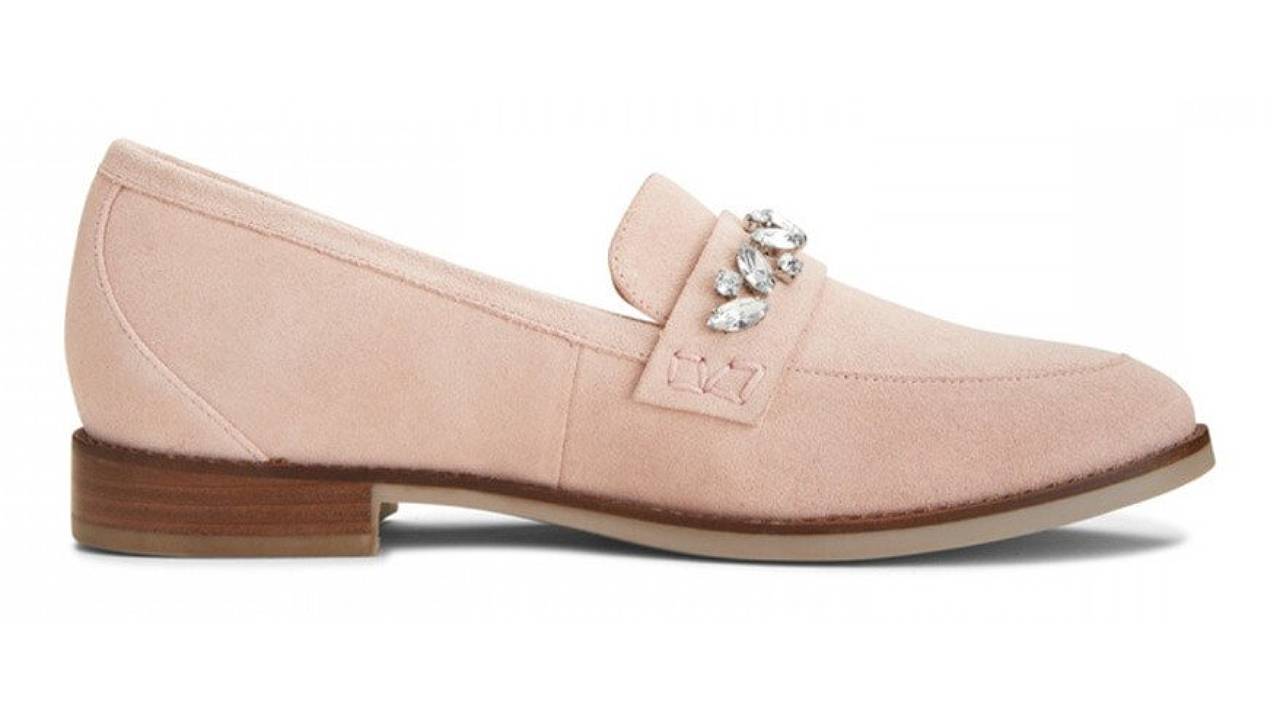 Vionic are less well-known in Singapore, but they have a cult following in many countries. Founded by an Australian podiatrist, the company was originally known as Orthoheel before being acquired and rebranded as Vionic in 2011. Orthaheel started with prefabricated insoles and eventually grew to making sandals and shoes that incorporated its insole technology.

Today, the company’s tagline, “Style. It doesn’t need to hurt.”, indicates a clear message for their audience. Offering a wide array of designs, the brand offers shoes that provide additional support for their users, particularly along the arch and heel.

Vionic is a brand that my colleagues and I may recommend for patients, particularly if their feet need some arch support, as their shoes are designed for comfort. In addition, their designs usually have a raised arch for additional support, making them more suitable for Caucasians who are more likely to have higher arch feet. Asians, who are genetically disposed to flat feet, may suffer from nerve pain or impingement, and arch or knee pain due to the unsuitable arch design. 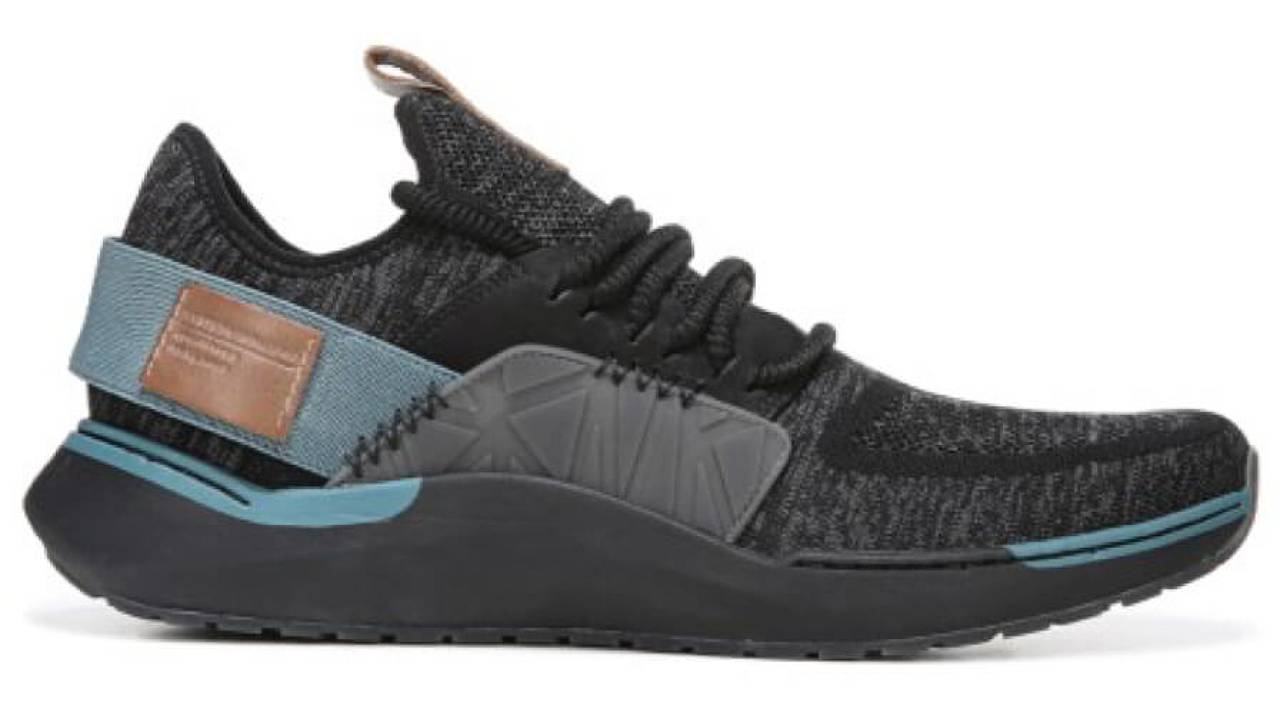 Dr. Scholl’s is a brand that has been around for over a century. They make a vast array of foot care related products including but not limited to shoes, boots, sandals, insoles and dressings.  Best known for their shoe inserts and cushions, the brand has thousands of offerings and millions of users. Being a brand that is intended for the mass market, Dr. Scholl’s shoes are meant to be comfortable but not corrective. Today, Dr. Scholl’s produces a ‘biomechanics’ range of footwear which is suitable for the lower foot arches common among many Singaporeans.

One of the primary causes for foot pain in Singapore is the preference for sandals, slippers and other designs of open footwear. Due to their design, such footwear typically provides much less support for the user. Examples of such footwear include flat thin-soled designs such as ballet flats, open-toed sandals and flip-flops that are popular with most of the population due to their lightweight construction and breathability in Singapore’s hot and humid climate. By switching to covered shoes with contoured soles, patients can potentially reduce their pain by a noticeable degree.

I would like to caution that footwear alone is extremely unlikely to treat existing conditions. Footwear is generic and made for the mass population; as a result, they have limited corrective or therapeutic function as they are designed to be used by a larger target market. Although such shoes from these brands can be helpful and some patients do experience reduced pain with them, it is not possible to rely solely on the shoes for effective treatment.

For those with more severe conditions or more specific needs, a generic shoe can mask the initial discomfort, allowing the condition to deteriorate. If you are experiencing long-term discomfort, seek a clinical professional’s opinion as the chronic nature of the pain suggests that an underlying condition has developed. Such conditions should be assessed and diagnosed before a full treatment plan can be devised and carried out. 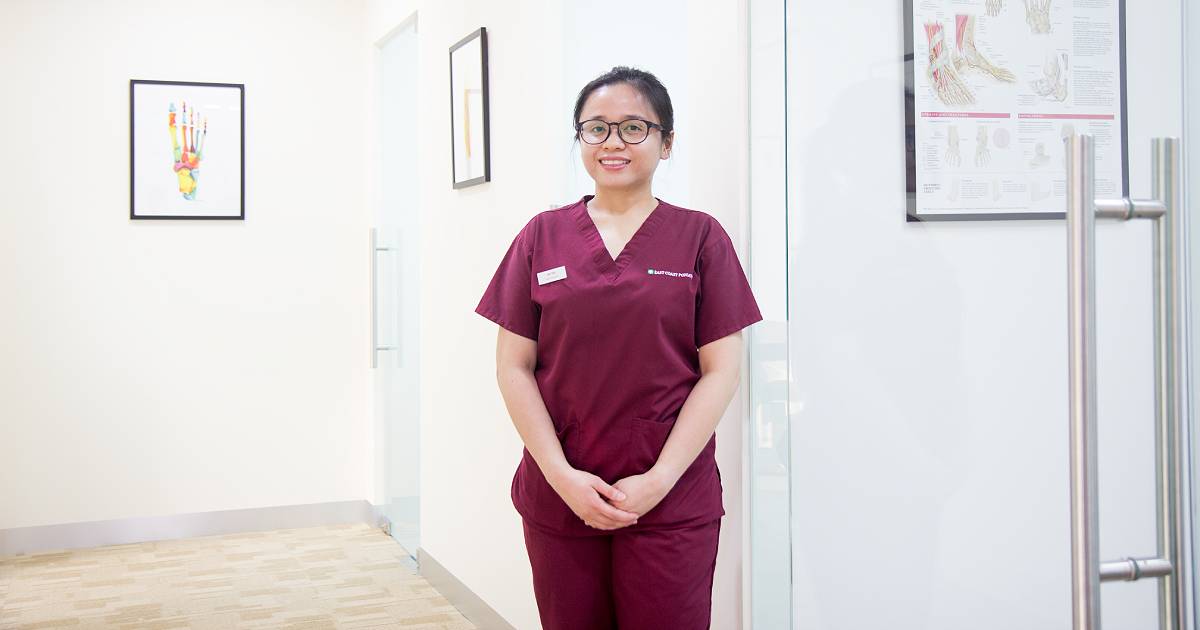 Ari Tria is a senior podiatrist with East Coast Podiatry in Singapore who practices at their Kembangan location. Aside from treating adults for various pain-causing conditions, Ari also focuses much of her clinical work on children with walking issues or sports-related conditions.