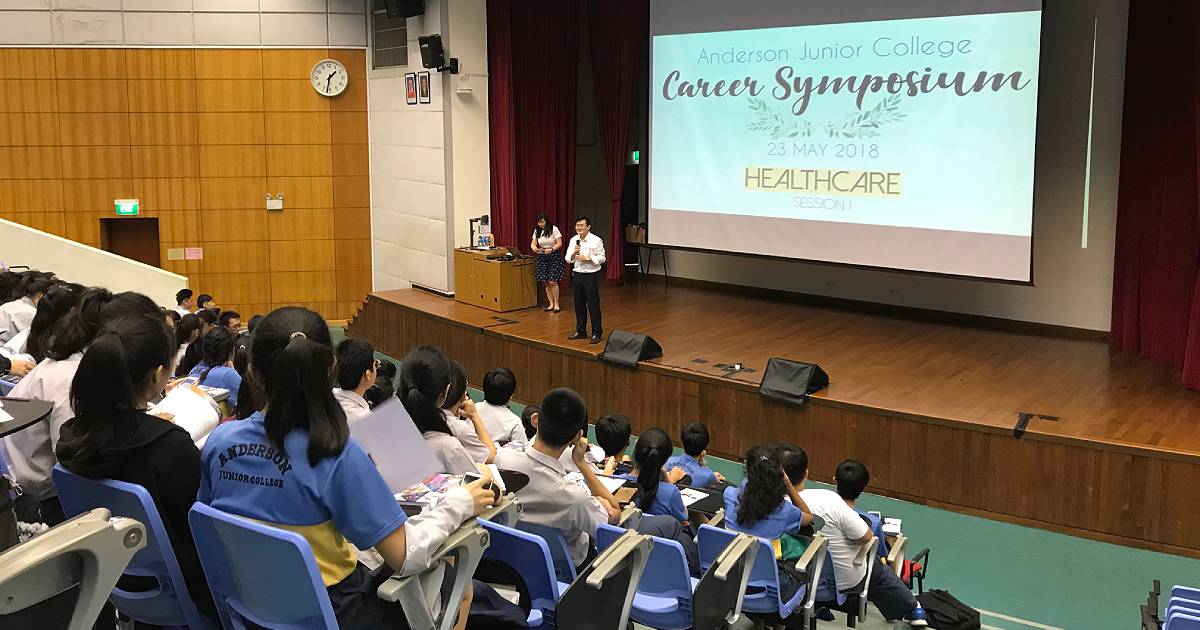 We are delighted to be invited to present at Anderson Junior College’s Career Symposium earlier this week. Relishing the opportunity to speak to a few hundred pre-university students, Sani Kamis, Head of Academic Affairs at East Coast Podiatry, was eager to make his case for podiatry as their course of choice at university. 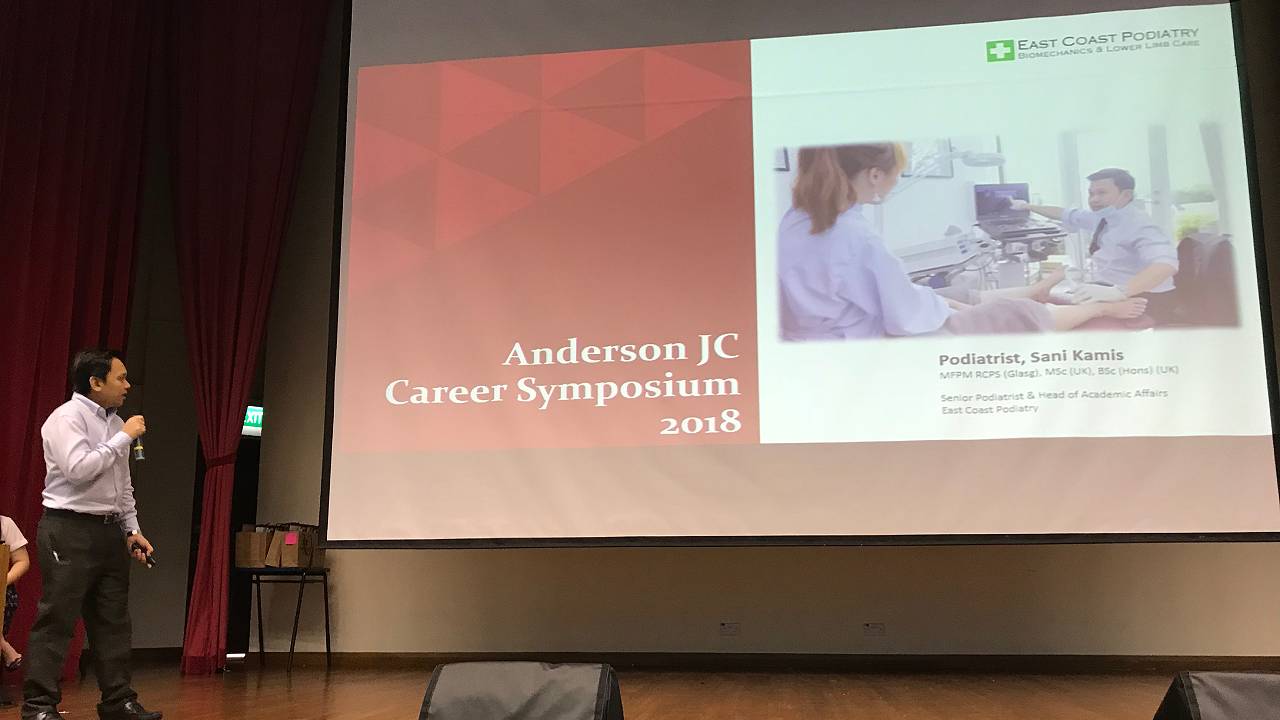 Sani offered the students a view into a podiatrist’s daily duties, covered an array of subspecialities that students could choose when they entered the field, and explained the pre-requisites required for studying podiatry at university. He concluded the talk by sharing with them his experience of studying overseas at universities in Australia and the UK, giving an overview of tertiary institutions that offered podiatry as a course, and explaining how podiatry had been a rewarding career for him.

The careers presentation was well-received by the students, and we received a number of enquiries for more information. We hope to help these students as much possible, thus making it much easier for them to transition to their university of choice for podiatry studies. 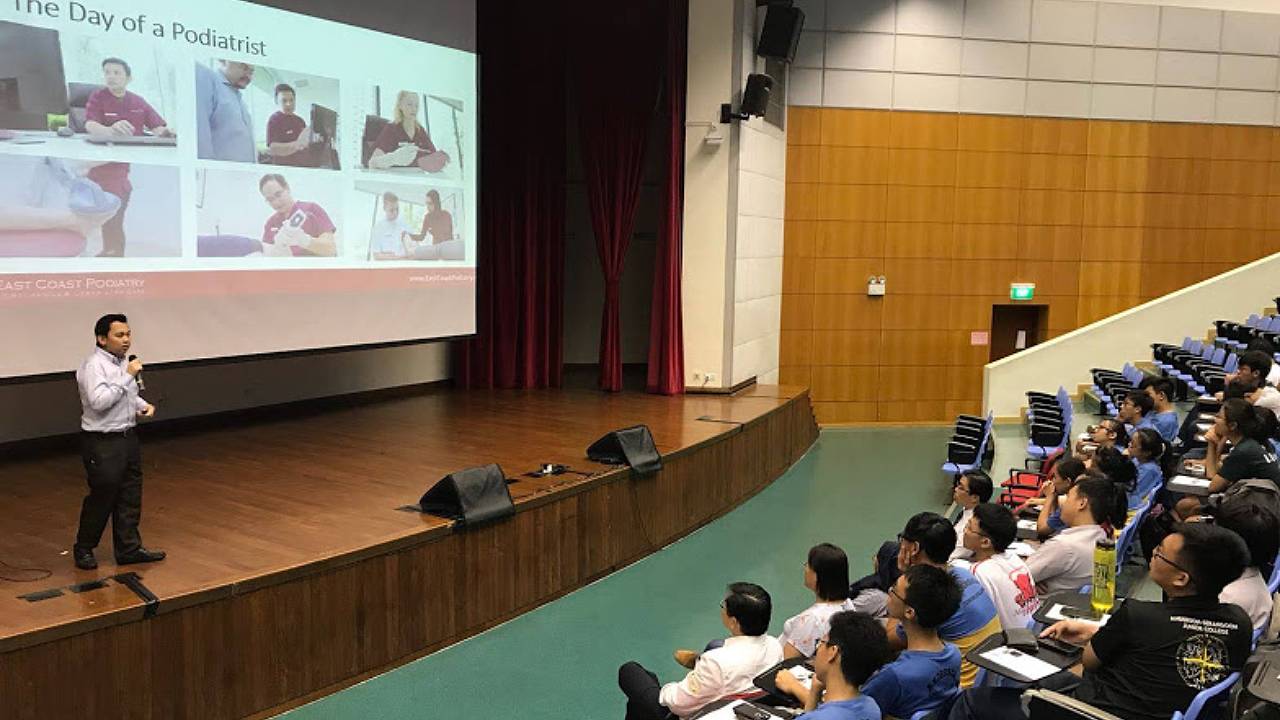 While podiatry has long been a mainstay of Western Medicine, it is has only started making inroads into mainstream consciousness in Singapore. Such speaking opportunities allow us to educate the public on the role of podiatry and podiatrists, as well as encouraging students to join the field of podiatry.

Update: In June, some of the students who had expressed their interest in podiatry visited our Orchard facility to experience podiatry first-hand. Sani took them on a tour of the clinic and demonstrated a number of assessment methods to the keen students. 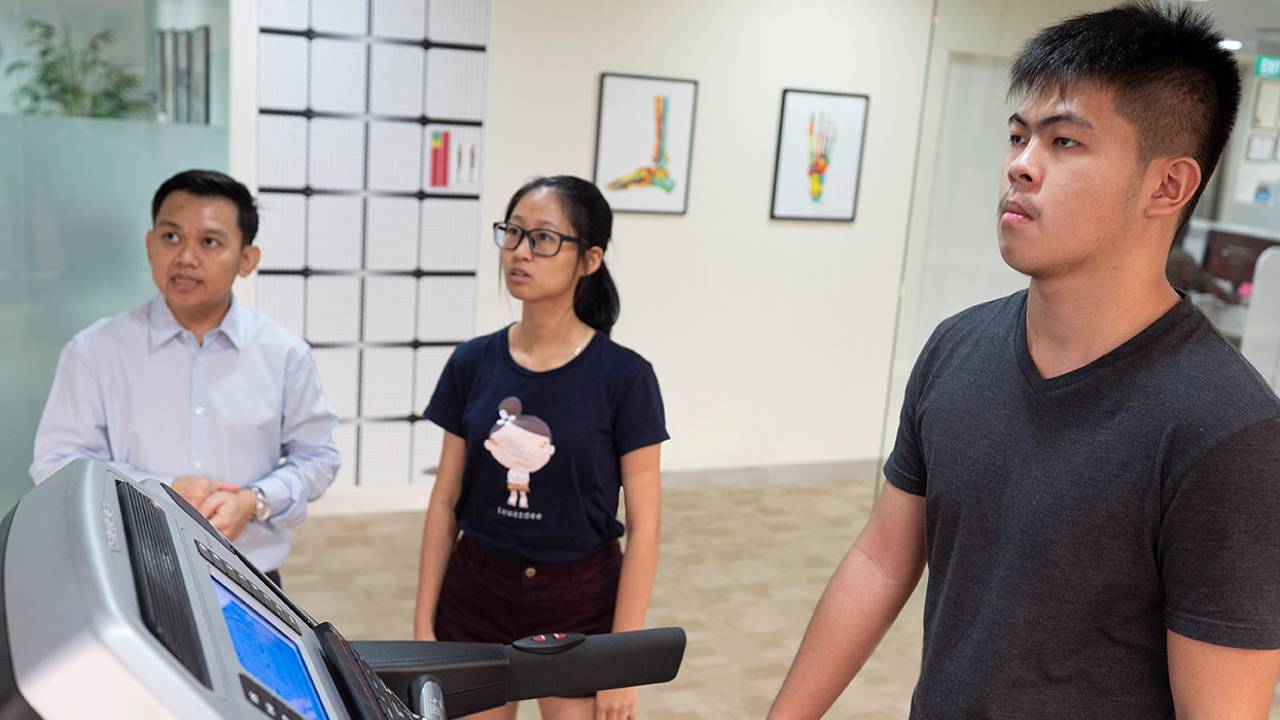 He also introduced to them some of the conditions treated by podiatrists and shared about his experiences studying podiatry in the UK and his time in both private and public practice. To conclude things, Sani hosted a Q & A session to answer any other questions they had on the profession and going overseas to study podiatry. 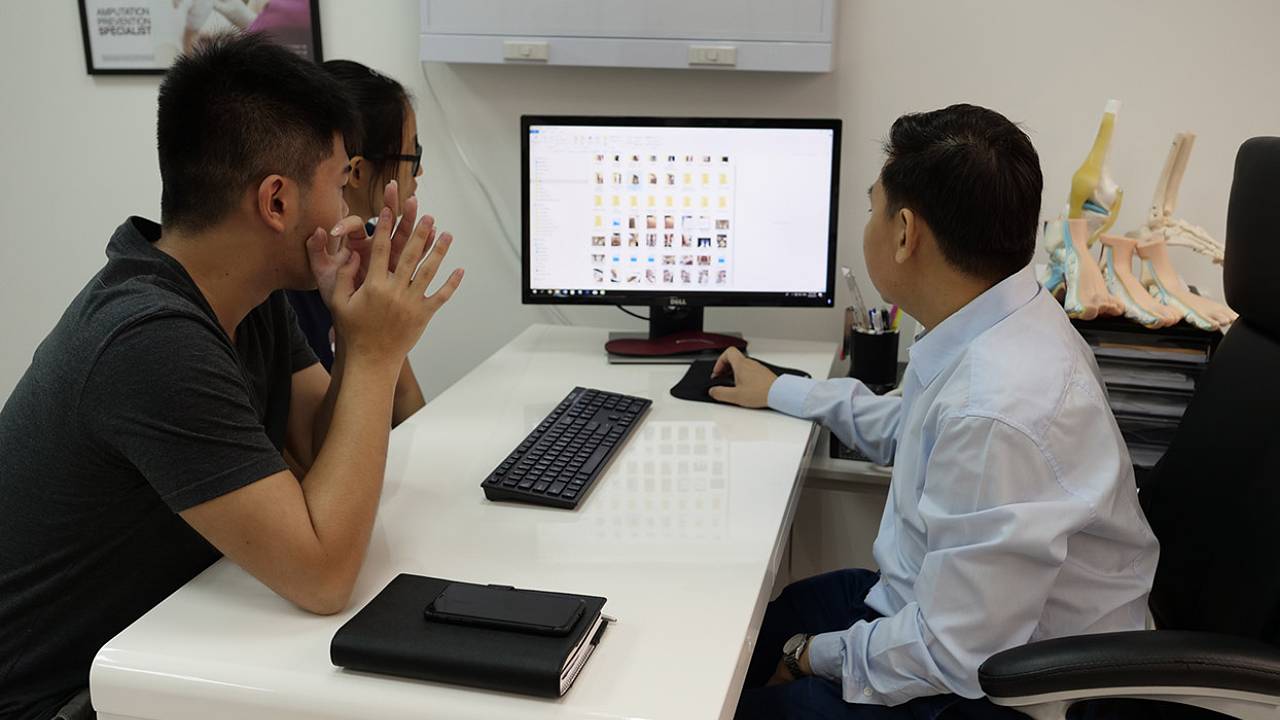 Editor’s note: This article was originally published in May 2018 and was updated in June 2018.