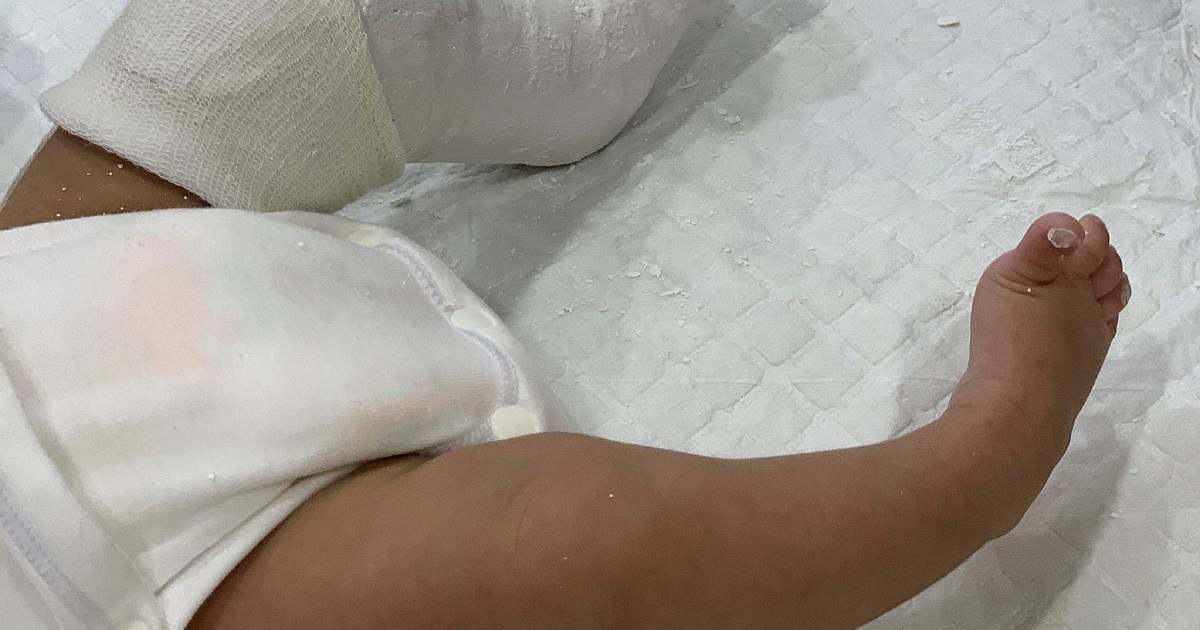 Bow-leggedness is the appearance of the leg as it curves outwards from the knees; this is medically termed ‘genu varum’. Parents typically notice that when the child is standing at attention, the ankles are touching but there is a large gap between the knees.

Bow legs are common in babies due to the confined space inside the womb causing the tibia bones to be pressed together, this is typical of paediatric growth and is called physiologic bow legs. While some medical professionals will recommend massage as a baseline treatment for this issue, casting should be considered for obvious cases as such treatments are more likely to be effective if the child is treated before they start walking.

When should a parent be concerned?

After your child is aged 2 and walking, if you are concerned about the shape of the hips, knees or feet then it is advisable to see a podiatrist for assessment of the lower limbs.

The podiatrist may request for an x-ray of the hips, knees or feet, in specific cases to rule out Blount’s disease, or refer for blood tests to rule out conditions such as rickets if this has not already been done. 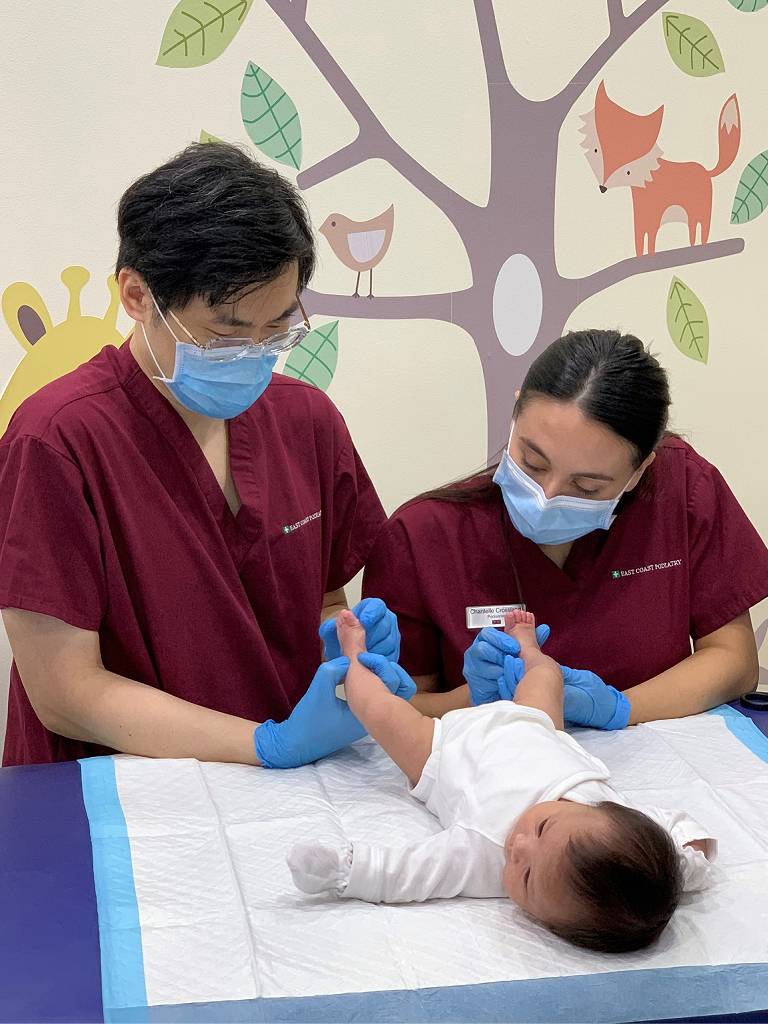 If a child is showing signs of bow leg past the physiological time frame, our podiatrists must ascertain whether the bow leg is caused by bone growth problems such as Rickets or Blount’s disease. Most infants and toddlers have at least some physiologic bowing of their legs, which parents may become concerned; other family members may have such knee shapes that did not resolve during childhood growth and development. 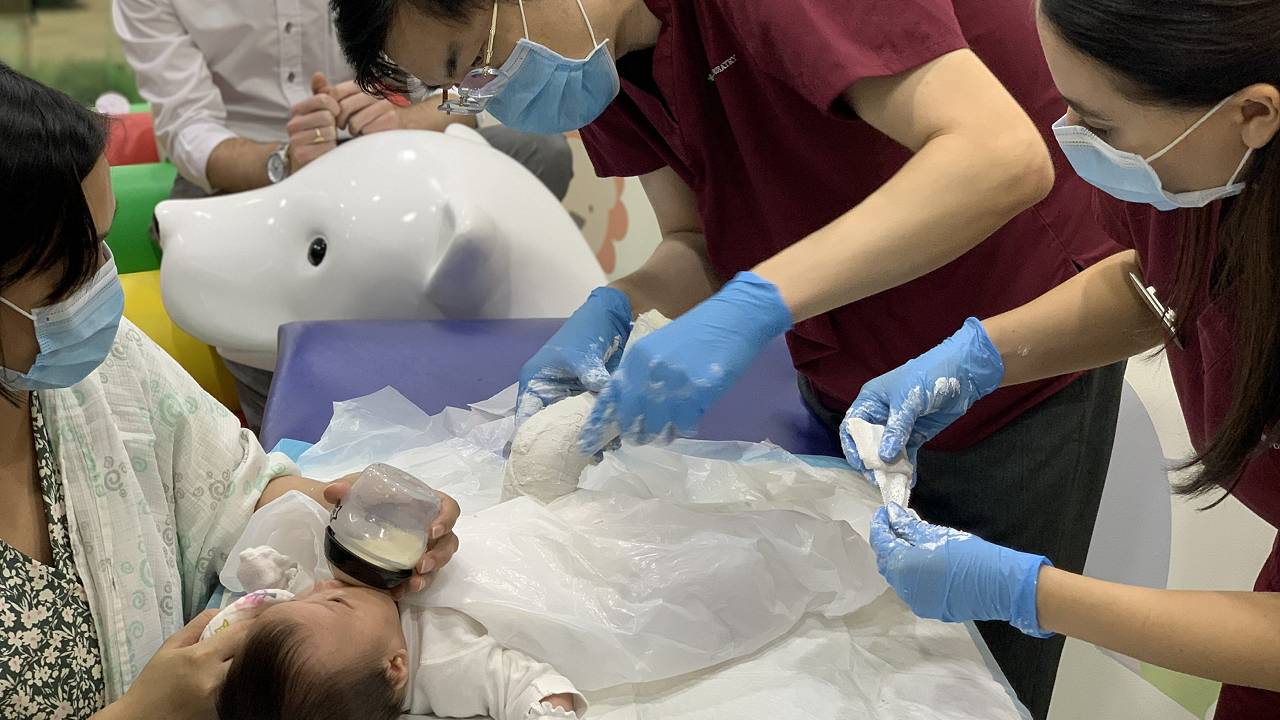 Typical complaints associated with bowing of the legs include:

Treatment of significant bow legs often involves close monitoring of the child with the use of lower limb braces, ankle-foot orthotics or customized orthotic devices, footwear modifications, and physical therapy. If the condition is severe or still present when the child is older or in adolescence, then surgery may be required to correct the abnormal bone alignment.